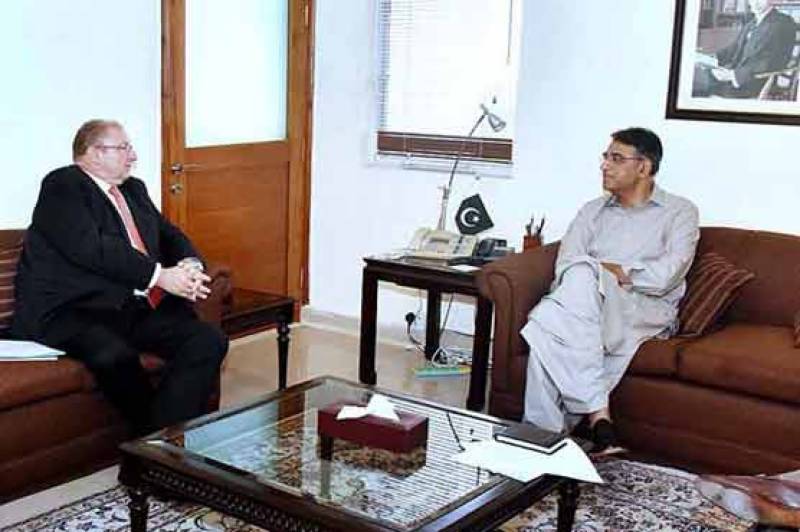 ISLAMABAD - Minister for Finance Asad Umar Tuesday said the government would take all requisite measures to implement the economic reforms agenda to put the economy back on track.

Talking to South Asia Regional Vice President of World Bank, Hartwig Schafer, who called on him here at his office, Asad Umar said the World Bank had been a long-standing development partner of Pakistan and had offered significant support to the government over the years.

The minister said the government desired to enhance the role of private sector, which would encourage taking lead in the country’s economic development.

The WB vice president said the Bank would continue to extend support to the Government of Pakistan for implementation of the agenda for economic growth and social development being pursued by the government. Gaining economic stabilization was an important objective for the government, he added.

He emphasized the importance of human capital development, macroeconomic stabilization and inclusive growth for Pakistan, and reaffirmed World Bank’s support to Pakistan in the areas.