Turkish Lira tumbles against US dollar yet again
29 Aug, 2018 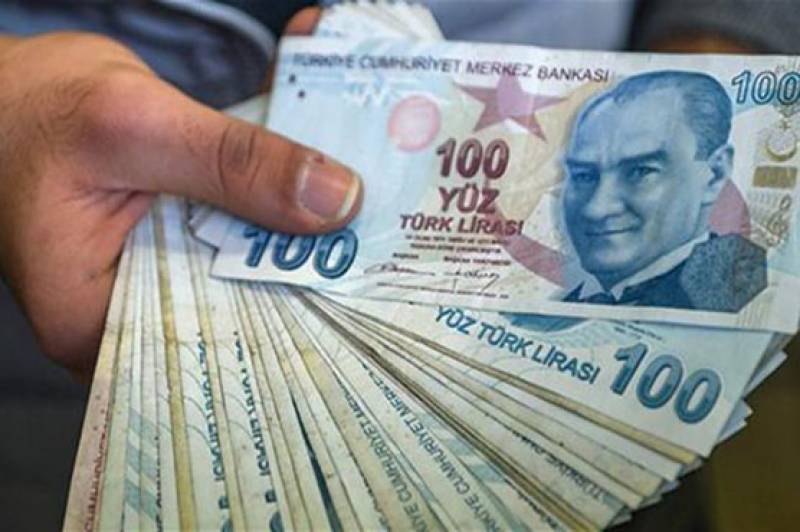 ISLAMABAD - The Turkish lira tumbled on Wednesday to its lowest value against the US dollar in two weeks, despite Ankara s attempts to reassure investors after Moody s downgraded its credit ratings on 20 Turkish financial institutions.

The currency had already been hit by concerns over monetary policy under President Recep Tayyip Erdogan but plunged further this month after a public spat with the United States.

The lira lost nearly a quarter of its value against the dollar in the past month and over 40 percent since January.

The lira was trading at 6.4 to the dollar around 1430 GMT on Wednesday, a loss of around two percent. The lira lost a similar percentage against the euro, trading at 7.5.

After last week s long public holiday, the lira fell further on Monday, with economists warning the fears over the health of the Turkish economy remain.

Ratings agency Moody s on Tuesday downgraded 14 banks by one notch and four others -- including major lenders Denizbank and Is Bank -- by two notches.

The Turkish central bank earlier Wednesday reiterated that it would provide banks with "all the liquidity that they needed" as it doubled their borrowing limits for overnight transactions from levels before August 13, effective from Wednesday.

The Turkish statistics office also announced that the economic confidence index fell to 83.9 in August, down from 92.2 in July and 104.9 in January. The reading is the lowest since March 2009.

With inflation running at close to 16 percent and the current account deficit widening but the central bank refusing to tighten monetary policy, investors have yet to be persuaded by Ankara s helmsmanship of the economy.

And the spat with the United States over a detained American pastor prompted Washington to slap sanctions on two Turkish ministers and double tariffs on aluminium and steel imports from Turkey, leading to further misery for the lira.

Earlier in August, the lira topped seven to the dollar for the first time ever.

Washington has threatened to hit Ankara with further sanctions if pastor Andrew Brunson is not released from house arrest, with President Donald Trump insisting Brunson is innocent.

Turkish Treasury and Finance Minister Berat Albayrak accused the US of "launching a campaign against the Turkish economy" during a televised press conference in Ankara.

Albayrak -- also Erdogan s son-in-law -- has sought to assuage investors concerns by insisting that his medium term plan to be announced early next month will tackle the issues bedevilling the Turkish economy.

He insisted that Turkey was committed to budgetary discipline as well as reducing the current account deficit.

"God willing, 2019 will be a very strong year for Turkey s fight against inflation," he said. The latest inflation data for August will be published on Monday.