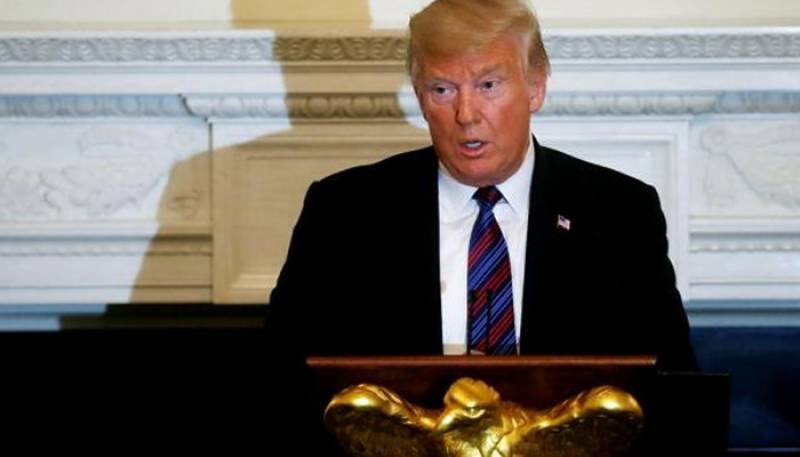 WASHINGTON: President Donald Trump´s administration backed off on Tuesday on plans to bypass Congress and roll back billions of dollars from the US foreign aid budget after lawmakers pushed back, senators, congressional aides and US officials said.

Reuters reported on Aug. 16 that the White House Office of Management and Budget had asked the State Department and Agency for International Development to submit information for a "rescission" package that would have led to sharp cuts in foreign assistance. Rescissions cut money appropriated by Congress but not spent.

The unusual plan from Mick Mulvaney, the former Republican congressman who heads the OMB, would have defied Congress by eliminating foreign assistance it had already approved. Trump´s focus on his "America First" agenda has meant fewer funds for foreign aid. His administration has pushed repeatedly to cut the amount of money sent abroad since he took office in January 2017.Secretary of State Mike Pompeo urged the administration at a meeting on Tuesday to abandon the plan in the face of congressional opposition, several sources with knowledge of the situation said. It was a rare pushback against a Trump policy by fellow Republicans, who control Congress.

An OMB spokesman did not respond to a request for comment. Republican Senator Bob Corker, chairman of the Foreign Relations Committee, said cutting a relatively small amount of foreign aid funding made no sense from an administration planning huge spending increases. He speculated that the White House hoped the suggestion would "rev up" its base before November´s congressional elections but realized pushing the scheme would make it hard to work with angry lawmakers. "I think they just kind of sat down and realized maybe that wasn´t so smart, and . . . they were right," Corker told Reuters. Several administration officials had said the OMB was targeting some $3.5 billion in funds no longer needed for their original purpose, taking advantage of a loophole in the law to make cuts at the end of the fiscal year on Sept. 30.

The cuts could have included more than $200 million Trump froze in March for recovery efforts in Syria. Democratic Senator Patrick Leahy, vice chairman of the Appropriations Committee, welcomed the decision.

"Rescinding funds that had been agreed to by Congress and signed into law by the President, in the waning days of the fiscal year, would have set a terrible precedent and harmed programs that further United States interests around the world," Leahy said in a statement.

Trump sought to slash foreign aid in this year´s budget, but he ended up signing a budget without those cuts after Congress objected. The administration then tried to use the rescission process to slash $15 billion in domestic spending, including $7 billion for children´s health insurance. That plan did not pass Congress.