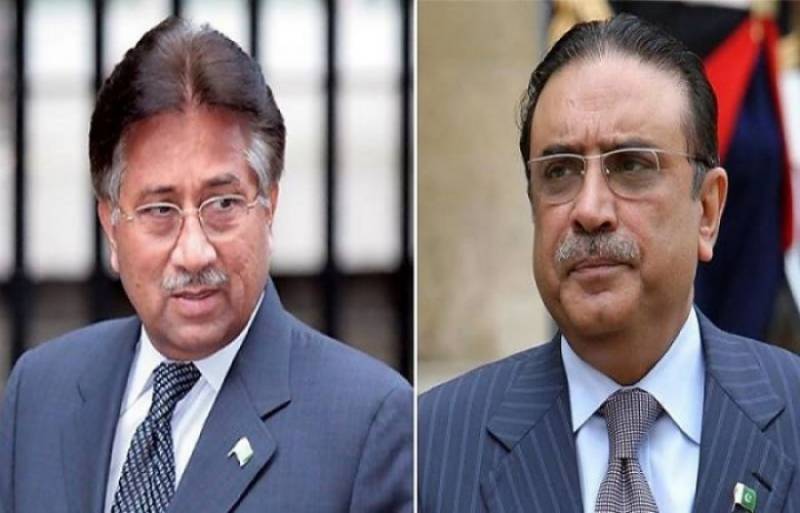 ISLAMABAD - The Supreme Court of Pakistan has given a blow to the former Presidents Asif Zardari and Pervaiz Musharaf.

SC has sought a 10-year record of the assets and foreign and local bank accounts owned by former presidents Pervez Musharraf and Asif Ali Zardari.

The counsels of Zardari and Musharraf appeared before the top court.

As the hearing went under way, the bench sought details of assets owned by Musharraf in Pakistan. The former military ruler's counsel in response said, "Nothing has been hidden from the court."

Court won't allow you to conceal any information: CJP

In response to Musharraf's counsel, the chief justice remarked that the court won't allow him to conceal any information.

The former military ruler's counsel informed the bench, "My client has 92,000 Dirhams in one bank account and he owns three cars, including a Jeep and a Mercedes."

Justice Nisar then questioned if Musharraf could buy a flat from the salary he drew during his working days. "Ask him to appear before the court and clarify," the chief justice said.

Musharraf's counsel, however, said, "My client bought foreign assets after his presidency."

To this, the chief justice questioned, "Do lecturers get paid this much? May be I should also give lectures after retirement."