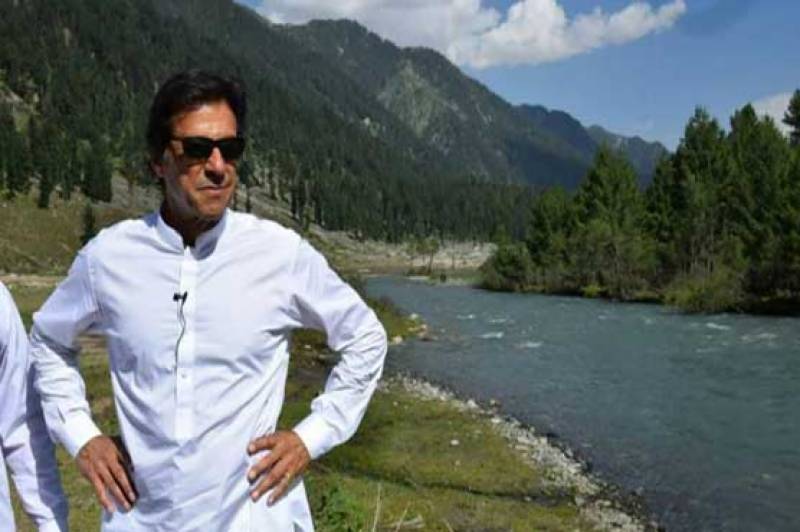 ISLAMABAD - Famous for lush green valleys, waterfalls and mountaineering tourism, KP is all set to make a leading role in materializing the vision of Prime Minister Imran Khan to make the country a hub of tourism. ------------------------------

Tourism, which was the most neglected sector prior to 2013, had witnessed massive turnaround during last government of PTI in Khyber Pakhtunkhwa where record number of projects and schemes were completed besides significant increase in development budget of tourism sector has been witnessed.

“Before PTI Govt in KP, tourism was kept on 30th position in priority list in public sectors departments and corporations in term of funding and now it has attained 8th position, thus showing PTI’s priority for this key sector,” said Sajjad Hameed, General Manger, Tourism Corporation KP (TCKP) while talking to APP.

The KP’s annual development programme (ADP) for tourism, which was only Rs311.204 million in 2013-14, had jumped to record Rs811.772 million in 2017-18 and resultantly scores of mega projects were completed during tenure of PTI Government, giving enormous boost to tourism in KP .

The previous PTI Govt had laid a strong foundation to make KP a hub of tourism as per the vision of Prime Minister Imran Khan and TCKP would follow policies of newly elected PTI Government in letter and spirit, he maintained.

Chairlift at Malam Jabba, which was totally destroyed during militancy in 2008-09 was reconstructed and opened for tourists. ‘The newly reconstructed chairlift has been imported and is safe in all aspect,’ he told APP.

As per the agreement, he said, KP Govt would earn Rs12million revenue annually with 10pc increase each year from Malam Jabba chairlift.

“Construction work on four star hotel adjacent to the chairlift has entered in final stage and would be opened for tourists in upcoming summer season with all modern facilities,’ he said.

Under Beautification Projects at Kalam, Naran and Galayat, a flagship projects of PTI Government, conditions of access roads in these scenic tows were improved besides establishment of children playing areas, tuck shops and other facilities to promote tourism.

The GM TCKP said five Camping Pods, an eco-tourism friendly project of PTI Government, were also established at Thandyani in Abbottabad, Shahikh Badeen in DI Khan, Shahran in Manshera, Bishigram in Swat and Yakhtangi in Shangla that would help expend tourism and reduce load on established tourists resorts in the province.

A total of 29 rest houses of different departments had been notified for handing over to TCKP against which 19 were transferred to TCKP, he said, adding his department improved conditions of these rest houses and made 12 of those fully operational before handing over it to Galyat Development Authority (GDA). “Rs15million revenue was collected from these rest houses during 2014-16 when these were under custody of TCKP,” he mentioned.

Hayat Ali Shah, Senior General Manager TCKP told APP that with assistance of UNDP Camping Pods in all tourism potential areas would be established with an estimated cost of Rs250 million and so far about Rs50 million were already spent on this mega project that would attract a large number of foreign and domestic tourists. ------------------------------

Under public private partnership (PPP), he said 400 kanal land was acquired in Swabi district for water sports, tourism and recreational facilities, adding a modern chairlift would be setup in Narran at Manshera for which 63 kanal land has already been acquired with assistance of private sector.

A network of tourists information centres was setup near Peshawar Museum, Jalababa Abbottabad, Chitral and Landaki in Swat besides tourists friendly police was raised in Swat and Abbottabad to guide and facilitate tourists in these scenic regions.

In addition to holding of Shandor and Kalash festivals, he said, excess and links roads in all major hilly districts including Chitral, Swat and Manshera would be improved to give an easy excess to tourists.

“The rest houses, private tour operators, hotels, motels and guest houses had received record booking orders from foreign and domestic tourists this year compare to last year, showing unshakable trust of tourists and people in the policies of PTI Government,” he said.

The senior GM TCKP said the recently merged tribal districts are ideal for tourism as these areas have enough natural tourist’s resorts that needed to be tapped.