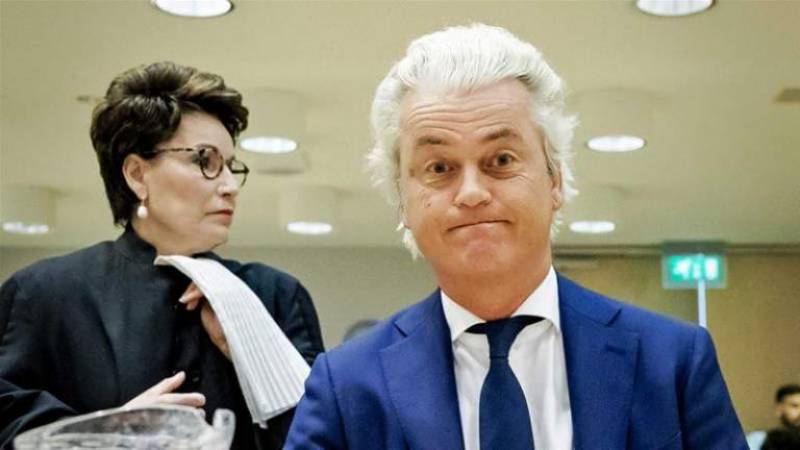 THE HAGUE – Dutch police have stated that they have detained a 26-year-old man suspected of threatening an attack on the Dutch Parliament or on the organizer of a blasphemous cartoon competition.

Police didn’t name the targeted organizer by name, however, a video of a Pakistani origin youngster has stumped the internet in which he could be seen asking for support to thwart the competition, scheduled to be held in November.

In his video, the boy, who apparently seems to be around 26, expressed that he traveled to the Netherlands from France in the wake of the competition to be organized by anti-Islam lawmaker Geert Wilders.

The cap-wearing man, in Urdu language, asked the social media buffs to make the video viral, threatening that he could do anything as he was in close proximity to Wilder’s office in the Parliament complex where the event is scheduled.

Police did not release any details of the suspect or his identity but said the suspect made the threat in a Facebook post, implying that the detainee might be the man shown in video.

The suspect is likely to be presented before a judge on Friday.