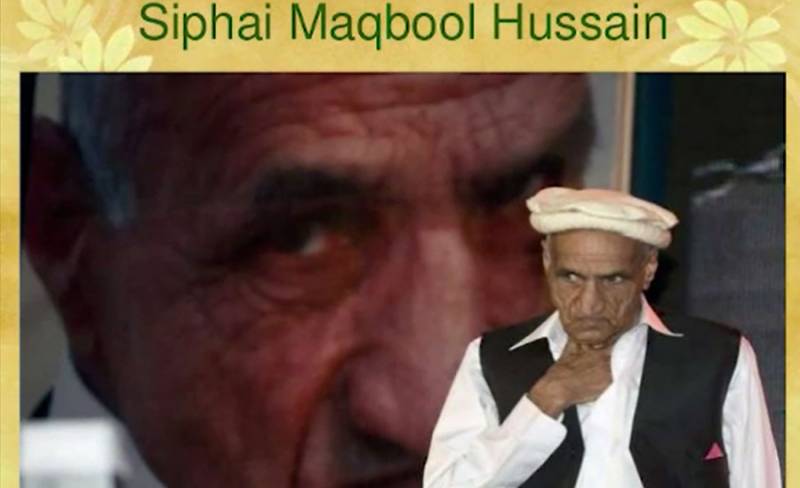 As per details, the civil-military officers among Maqbool Hussain’s regiment jawans attended the funeral prayers.

Sepoy Maqbool Hussain was one of them. He successfully completed the mission in Sri Nagar in 1965 war between Pakistan and India and got injured. Despondently he became the prison of war.

Maqbool Hussain is included one of them who for the honour of their country never utter even a single secret and bore tribulations and hardships when caught by enemy.

One cannot imagine the pain he suffered for the sake of Pakistan. He remained in Indian jail for around 40 years, yes four decades. His nails were plucked, but he never uttered even a single word against his motherland.

Indians wanted him to abuse his country, not a chance! He never bowed down to the aspirations of the enemy. Indians as usual applied every harsh and inhumane mean, setting aside the Geneva Conventions, to gain Pakistan national secrets he had buried down in his chest.