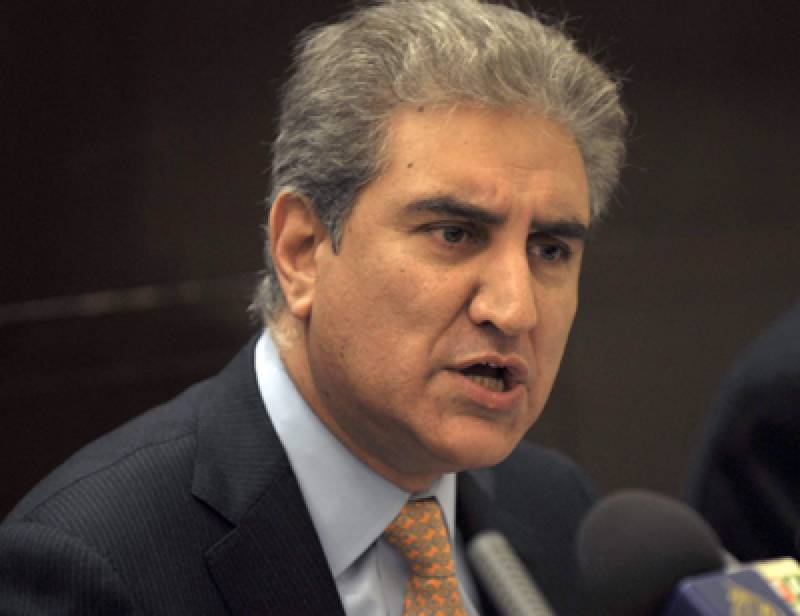 The foreign minister stated this during a meeting with Azad Jammu and Kashmir AJK) Prime Minister Raja Farooq Haider. Both the leaders discussed the current situation in the Indian occupied Kashmir (IoK).

The AJK prime minister congratulated Qureshi on his appointment as foreign minister and briefed him about the human rights situation in IoK.

Highlighting the findings of the OHCHR report, the AJK prime minister regretted that instead of addressing the concerns raised in the report on human rights violations in IoK perpetrated by the occupation forces, India had exacerbated its repression there with the imposition of governor rule and brutal use of force.

He said the assassination of veteran Kashmiri journalist Shujaat Bukhari just hours after his tweet in favour of the OHCHR report was yet another proof of Indian atrocities in IoK.

The foreign minister welcomed the recommendation of the OHCHR report to constitute a commission of inquiry (COI) to investigate gross and systematic human rights violations in IoK. He said if India really had nothing to hide, then it should allow access to the COI and OIC IPHRC (Independent Permanent Human Rights Commission of the Organisation of Islamic Cooperation) to the IoK.

The minister also highlighted the steps taken by the Foreign Ministry and Pakistani missions aboard to underscore the importance of the OHCHR report and stated that Pakistan would continue to draw attention to the findings of the report at international forums.

He affirmed that the government and the people of Pakistan would continue to give full moral, diplomatic and political support to the people of IoK in their legitimate struggle to attain their inalienable right to self-determination.