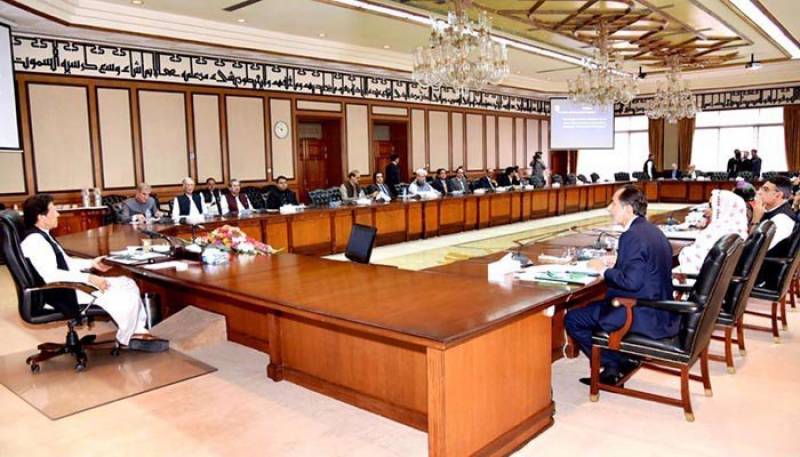 ISLAMABAD - Prime Minister Imran Khan has decided to extend the federal cabinet in order to fill the vacant ministries slots, media has reported.

The federal cabinet is likely to be expanded as eight to 10 new members are expected to be inducted next month.

According to sources, the prime minister was briefed regarding the ministries and was told that several are vacant owing to which the advisers are facing difficulty in fulfilling their roles and the decision making process.

The premier was informed that a meeting of the Economic Coordination Committee (ECC) was held, however, there are six ministries related to it which do not have someone on the top post, sources said.

Ministries of transportation, power division, privatisation, national food security, statistics and water resources do not have a minister which is why important decisions pertaining to them cannot be made, the sources further added regarding the briefing to PM Imran.

PM Imran then gave the nod and directed that appointments be made on the vacant ministries, sources said.

Following his directives, eight to 10 ministers are expected to be inducted in the cabinet next month, they added.