All you want to know about India's first ever manned mission to space
29 Aug, 2018 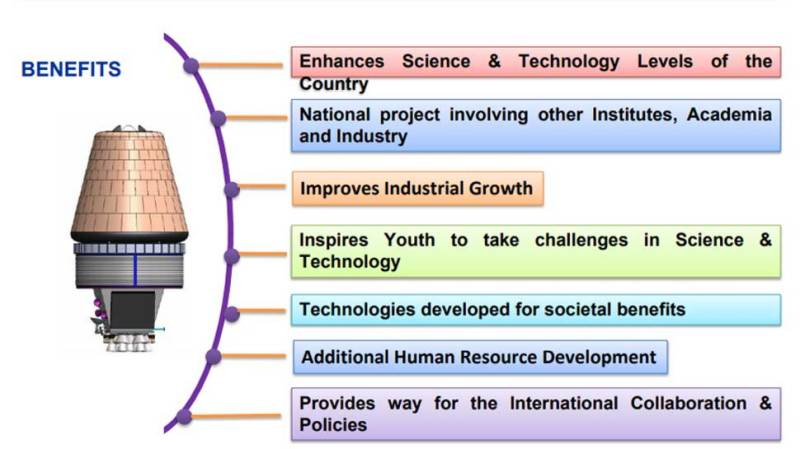 NEW DELHI - Indian Space Research Organisation (ISRO) has said that it will honour the PM Modi wish and it is all set to complete the manned space project before 2022 and will put a man or woman in space on board Gaganyaan as per schedule.

The mission will aim to send a three-person crew to space for a period of seven days where they will do microgravity experiments.

ISRO will use the GSLV MK-3 launch vehicle which has the necessary payload capability for the launch of Gaganyaan. Two unmanned Gaganyaan missions will be undertaken prior to sending humans to space. ISRO aims to send the first unmanned flight in 30 months, second unmanned flight in 36 months and the first Human Spaceflight in 40 months. The spacecraft will be placed in a low earth orbit of 300-400 km.

"The total cost of the programme is expected to be less than Rs 10,000 crore which is very significant," MoS in PMO Dr Jeetendra Singh said.

PM Modi during his Independence Day address had declared that a 'son or a daughter of India' will go to space from the Indian soil by an Indian Vehicle by 2022 or sooner.

"This is most ambitious space programme taken up by ISRO till date and essential as it will give a big boost to the Science and Technology development within the country," ISRO Chairman Dr K Sivan said.

"The ISRO is committed to honouring the wish of PM. This has also been the dream of thousands of scientists and citizens of the country," ISRO said.