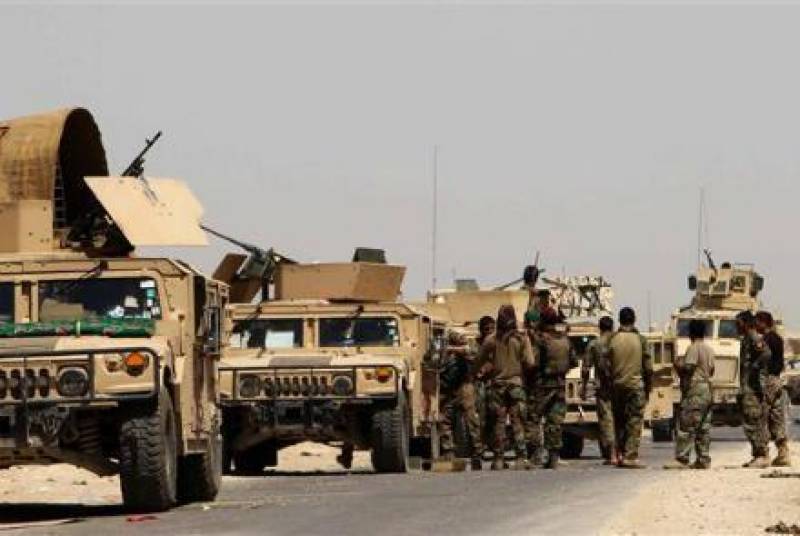 KABUL- Afghanistan military soldiers are deserting bases and surrendering before the Afghan Taliban even without fighting, it has been revealed.

In the last two weeks the Afghan National Army (ANA) deserted their bases in parts of the Faryab province without defending themselves against insurgents.

The officials said the soldiers have left their bases in the Qaisar-Almar and Maimana-Jawzjan highways and have stationed themselves at other bases in district centers in the last few days.

On Monday, an army convoy that had left Ghormach district in the province and was heading to Qaisar district was ambushed by the Taliban.

The number of soldiers in the convoy was reportedly between 350 and 400 but their clash with the Taliban continued for three hours.

According to the Defense Ministry, 20 soldiers were killed and wounded in this incident.

Faryab Governor Naqibullah Fayeq admitted that the morale among soldiers is low - especially after the collapse of a base in Ghormach recently.

“The morale of soldiers has been affected,” the governor said. “Taliban came from Darzab district with high morale. They launched propaganda campaigns and we lost areas without any fighting,” Fayeq said.

However, Gen. Amanullah Mobib, the 209 Shaheen Army Corps Commander in Balkh, gave another reason for the army’s decision to leave the bases in Faryab.

“Outposts were in bad condition. They (the soldiers) were ordered to leave the bases to receive better training and equipment,” said Mobib.

The Ministry of Defense meanwhile said the soldiers in Faryab and other parts of the country have left their bases based on the four-year security plan.