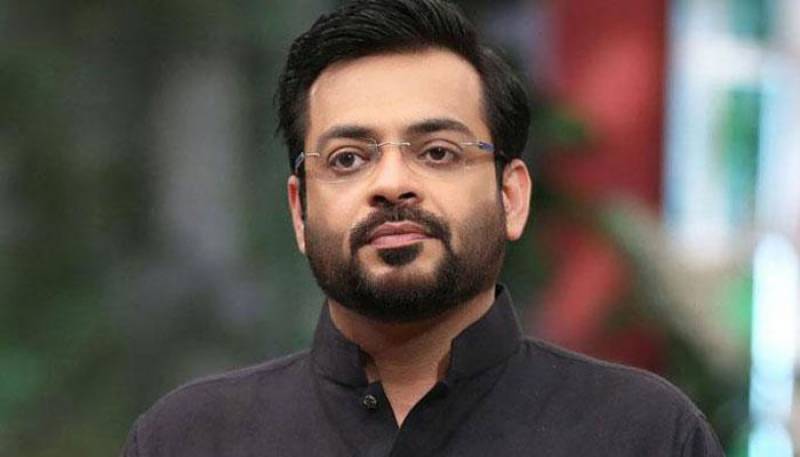 KARACHI: PTI is in the center of controversy yet again. This time from its own newly-elected member of National Assembly Aamir Liaquat Hussain, who has publicly expressed his reservations against the local leadership for not inviting him to a meeting at the Governor’s House.

Aamir Liaquat, who elected from Karachi’s constituency NA-245 on PTI ticket,  on Tuesday said that the newly-sworn in Governor Imran Ismail invited all MNAs and MPAs from Karachi to the meeting except him.

The lawmaker alleged that the PTI local leadership is contradicting party chief's stance, saying, the Governor’s House is still functional and sessions are taking place there despite the party leadership’s stance of not utilising the vicinity in as part of its austerity drive.

The controversial statement from Liaquat comes at a time when PTI Chief Imran Khan  is already preparing for his next fight to bring change in the country with his newly elected team of lawmakers.

Amir Liaquat Husain also accused the PM of ignoring Karachi. He  expressed his disapproval of  Imran Khan’s reluctance to visit the metropolis to lay a floral wreath at the mausoleum of the Quaid-e-Azam, saying that he failed to contact the PTI Chairmain to invite him to Karachi despite several attempts.

Reacting to the statement of Liaquat,  PTI senator Faisal Javed Khan said that he will implore Aamir Liaquat to think of Pakistan and rise above his own interest for the larger interest of the nation.

The young senator added; “I believe anyone would have won on a PTI ticket in Karachi for people voted for Imran Khan’s ideology. If he thinks its his own vote bank, he should have contested independently .”

It indicates fissures in PTI leadership over some issues as the hings have been a little rough within the party since PTI's victory in July 25 election.