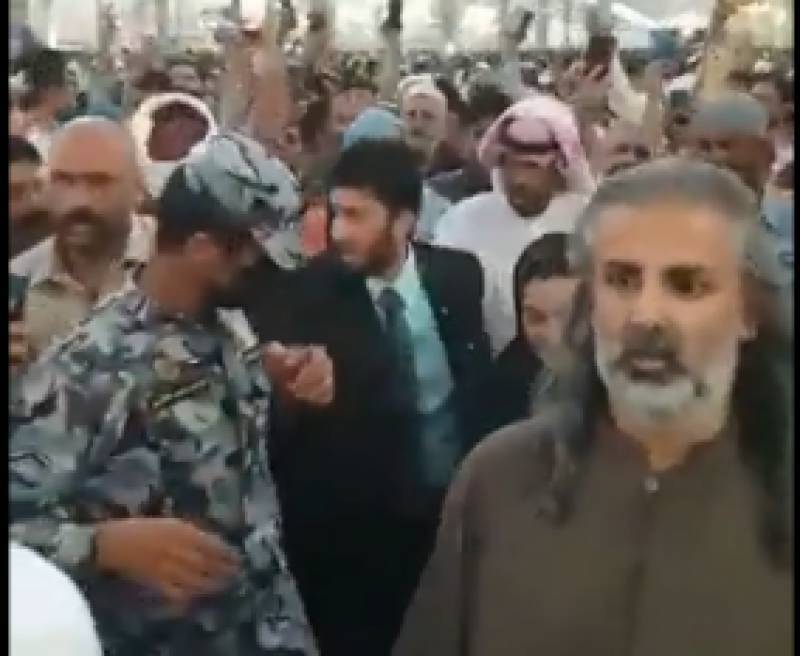 KARACHI – The Saudi Arabian authorities on Friday arrested some Pakistani individuals for violating the sanctity of the Masjid-e-Nabawi (PBUH) in Madinah by chanting slogans against Prime Minister Shehbaz Sharif and his delegation.

According to the director of information at the Saudia Arabian Embassy in Islamabad, some Pakistanis have been arrested for violating the sanctity of the Masjid-e-Nabawi and an investigation has been launched into the matter.

A day earlier, PM Shehbaz Sharif and his delegation reached Madinah on a three-day official visit to Saudi Arabia in a bid to revive bilateral relations and seek more financial assistance to tackle economic challenges following the ouster of former premier Imran Khan through a no-confidence motion.

A group of people on Thursday surrounded the delegation of the Pakistani government when it entered the Prophet’s mosque and started raising unwelcoming slogans against it, violating the sanctity of the mosque where Roza-e-Rasool (PBUH) is located.

The video of the incident is being widely shared on social media to condemn people involved in it.

Reacting to the incident, Marriyum Aurangzeb said: “I don’t want to name the person responsible for this incident because I don’t want to use this holy land for political purposes.”