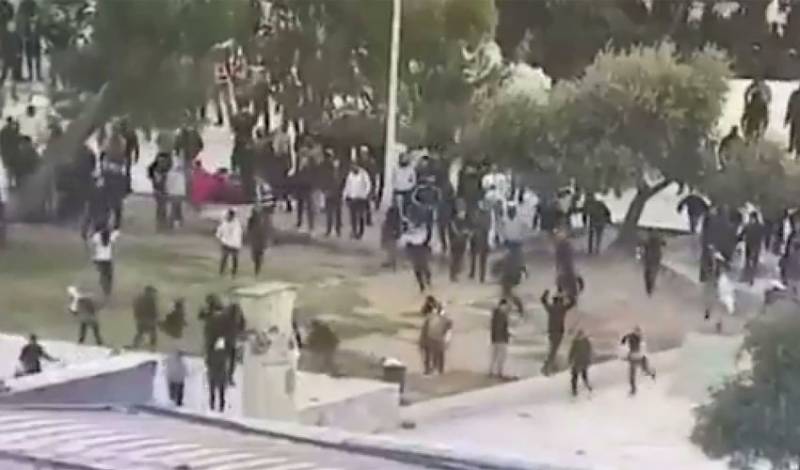 The unrest came on the final Friday in the Muslim holy month of Ramadan. None of the injuries were serious, the Red Crescent said, adding that 22 people had been taken to hospital.

Israel's police said that forces entered the compound after 'rioter' hurled stones and fireworks, including down towards the Western Wall, the sacred Jewish site below Al-Aqsa.

Police said three people had been arrested, two for throwing stones and one for "inciting the mob". Over the past two weeks, nearly 300 Palestinians have been injured in clashes at the Al-Aqsa compound. -APP/AFP