Farrukh Habib takes oath as Minister of State for Information and Broadcasting
29 Apr, 2021 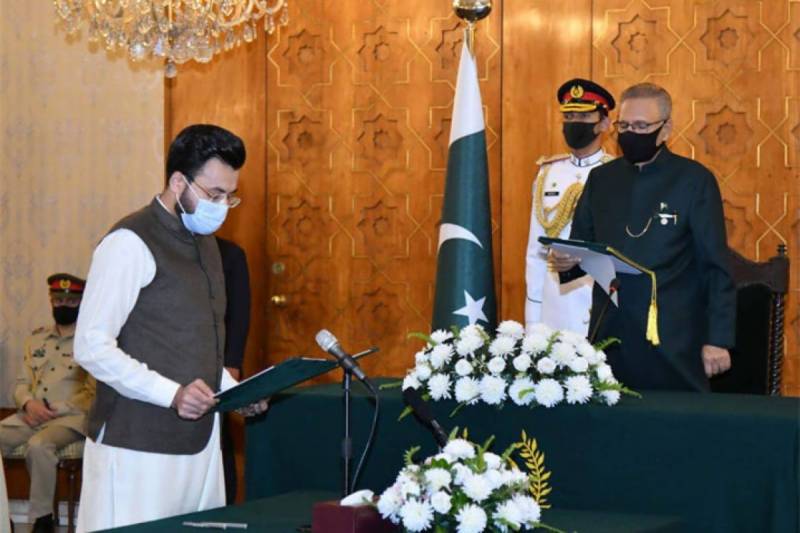 ISLAMABAD – Farrukh Habib has taken oath as the Minister of State for Information and Broadcasting.

President Dr. Arif Alvi administered him the oath at a ceremony at Aiwan-e-Sadr in Islamabad on Thursday.

Habib, who had previously been serving as Federal Parliamentary Secretary for Railways, became a Member of the National Assembly after winning the Faisalabad's NA-108 seat in the 2018 general polls.