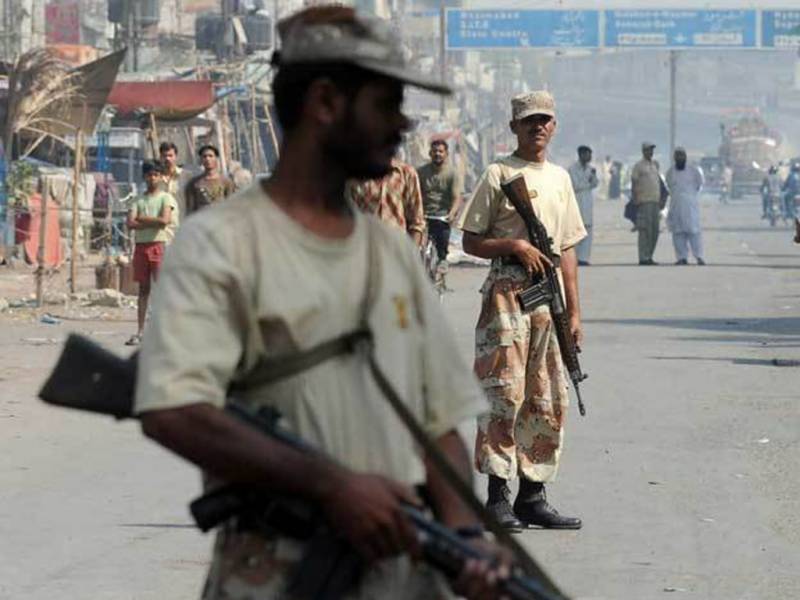 KARACHI: Sindh Rangers on Sunday claimed to have apprehended 14 suspects, including an alleged extortionist from different areas of the metropolis.

According to rangers’ spokesman, the paramilitary soldiers carried out a targeted raid in Sharifabad area and apprehended a suspected extortionist, Sheryar Khan. The arrested suspect was involved in collecting extortion money from petrol pumps in the city.

During crackdown on street criminals, the rangers conducted raids in Sachal area, Korangi and Karli area and detained six suspects.

A rangers’ team arrested an activist of the banned political party during a raid in Korangi area. The accused was stated to be involved in facilitating criminals and illegal dealing of weapons.

The arrested criminals were stated to be involved in extortion, facilitating criminals and several robberies.

On a tip-off, a rangers’ party conducted operation in Sharifabad and nabbed Six drug peddlers.

Rangers claimed that weapons, drugs and looted goods were also recovered from the possession of detainees.