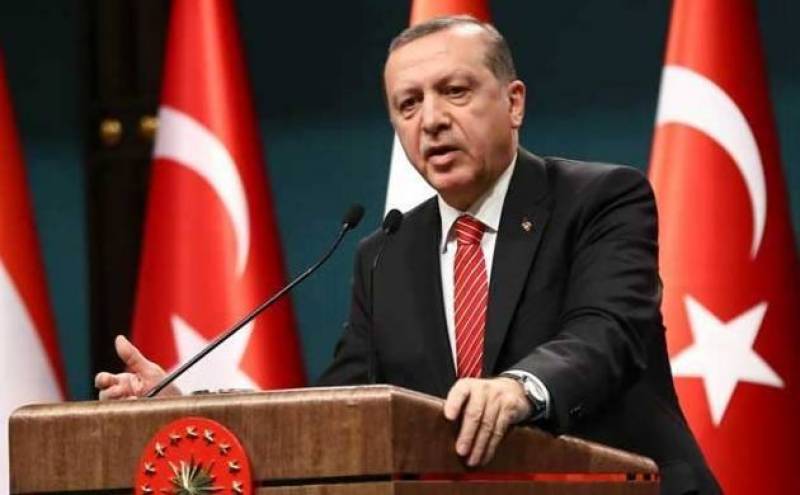 ISTANBUL - Turkey and the United States can join forces to turn the Islamic State group's defacto capital of Raqa in Syria into a "graveyard" for the jihadists, the Turkish president said on Saturday.

"The huge America, the coalition and Turkey can join hands and turn Raqa into a graveyard for Daesh," Recep Tayyip Erdogan told an Istanbul meeting, using an alternative name for the IS group.

"They will look for a place for themselves to hide," he said.

Erdogan's comments come ahead of a meeting with President Donald Trump on May 16 in the United States.

Turkey sees the Kurdish People's Protection Units (YPG) in Syria as a terrorist group linked to the outlawed Kurdistan Workers' Party (PKK), which has been waging a deadly insurgency against Ankara since 1984.

But for the United States, the YPG is essential in the fight against the IS group.

Turkey this month announced that it had completed its half-year Euphrates Shield operation in northern Syria against jihadists and Kurdish militia, although it is keeping a presence to maintain security in towns now under control of pro-Ankara Syrian rebels. (APP)