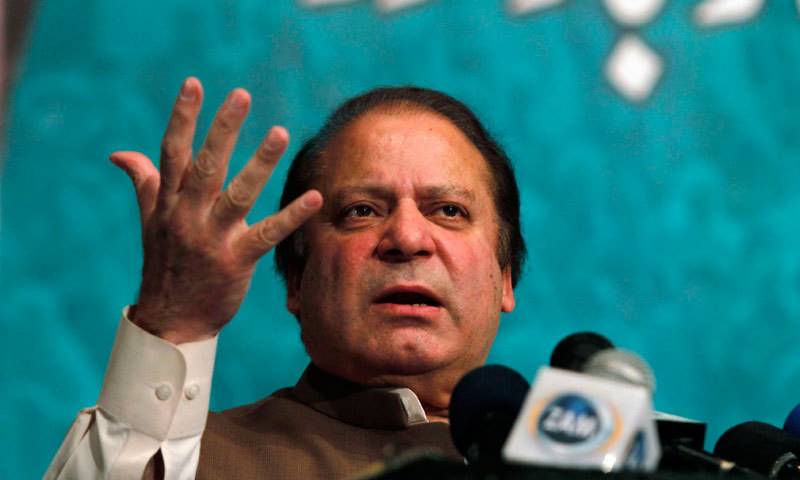 SHERGARH (Renala Khurd): Prime Minister Muhammad Nawaz Sharif Saturday said his government would continue its agenda of serving the masses with provision of basic facilities, leaving the political adversaries with no option except holding protests in vain.

Addressing a huge gathering of notables here, he said his political opponents had realized it very well that if the Pakistan Muslim League-Nawaz (PML-N) government continued with fast pace of development, their public presence would be squeezed forever.

"We will continue by serving the masses, and they will hold protests as it has been fated for them. We are constructing roads, and they are only measuring them," he added.

The prime minister also announced a grant of Rs 1 billion, Rs 500 million each for supply of gas to 100 villages and union councils of the area for redressal of basic issues.

He lamented that the past regimes had done nothing to alleviate sufferings of the masses and asked the people to question their inability to serve them during their tenures. "We are dealing with woes left behind by them," he added.

They burdened the people with crippling load shedding, and never bothered to give relief to the countrymen, he said.

Nawaz Sharif said his government was not sitting idle whereas the elements opposing its pro-public approach had been busy in pulling legs by realizing massive public support and affection for it.

He said his government was upgrading the railway system in the country at the cost of about Rs 800 billion and enhancing the speed of railways engines.

Massive road and motorways networks, he said, were being constructed throughout the country. Work on a six-lane motorway from Lahore to Multan was being in progress which would lead to Sukkur, Hyderabad and Karachi, he added.

The prime minister said the government was also working on power sector and inaugurating power plants one after another to overcome the load-shedding issue.

He said the farmers community was also being facilitated by his government with cut in prices of fertilizers and assured to bring the prices further down.

The farmers were also getting power at inexpensive rates, he added.

The prime minister also assured the people about the resolution of their issues and said he would take up the issues with the Punjab chief minister and the concerned railways minister.

On the demand of elders, the prime minister said Renala- Shergarh road carpeting would also be done.

On the occasion, Abdul Razzak Niazi, a renowned politician of the area, announced to join the PML-N by expressing his complete confidence in the party leadership.