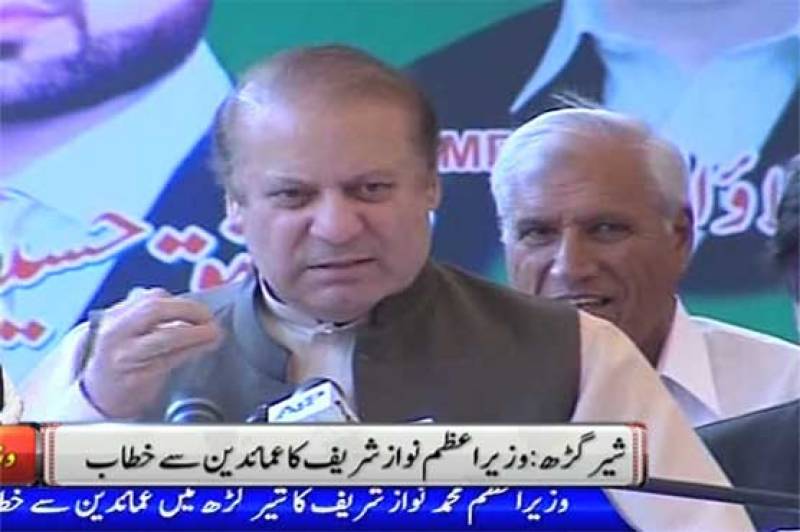 Addressing a huge public gathering here, the prime minister lauded the enthusiasm of the audience and said he would be visiting every nook and cranny of the city carrying along a message of prosperity and development.

The audience carried and waved the placards inscribed with pro-PML-N slogans and portraits of the prime minister, who said he was there to renew his commitments he had made during his election campaign in 2013.

On his arrival, the venue echoed with the slogans of 'Sher aya, Sher aya', besides loud party songs, as the participants arose to receive their leader.

He assured the audience that as per his commitment, Multan-Lahore motorway would pass through Okara and Dipalpur because "Okara is very dear to me."

Earlier, the prime minister inaugurated a gas supply scheme for the city, besides breaking ground for a Rs 740 million Dipalpur flyover bridge to ease the traffic congestion.

Drawing a comparison between the PML-N gathering in Okara and the one held by Pakistan Tehrik-e-Insaf in Islamabad on Friday, he said, "That was a jalsi (little gathering) and this is a Jalsa. There is hell of difference. This is the decision of the people of Pakistan." (APP)