Misbah, Younis to be offered top roles in PCB after retirement
29 Apr, 2017 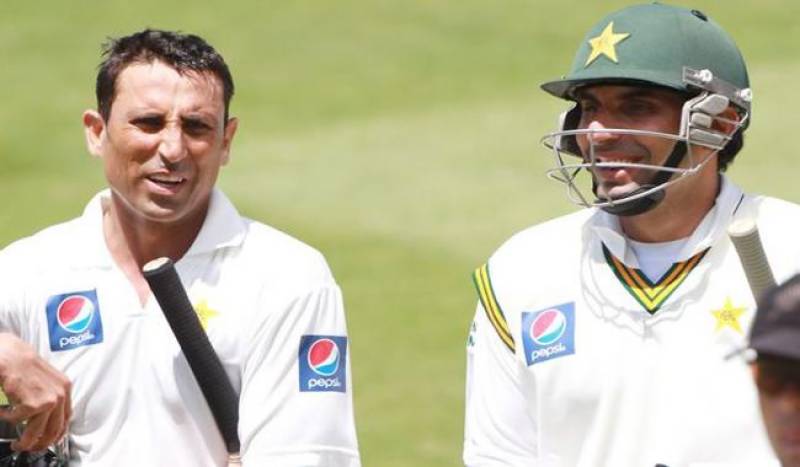 ISLAMABAD: Pakistan Cricket Board (PCB) Chairman Shahryar Khan Saturday said Misbah ul Haq and Younis Khan would be offered top roles by the board after their retirement from Test cricket at the end series against West Indies.

Speaking at a press conference at Pindi Stadium, Rawalpindi, Khan said after both Misbah and Younis return from the West Indies we would give them a proposal in this regard and hopefully they would accept it.

Talking about the winding-up of Big 3 (Board for Control of Cricket in India (BCCI), Cricket Australia and England and Wales Cricket Board (ECB), he said Pakistan was most affected by the Big 3. "After accepting the Big 3 formula we were unable to play six series against India because they refused."

Khan said the agreement to play series against India was a legal contract. "India did not honour the contract therefore we take up the matter to the International Cricket Council (ICC) dispute resolution committee and will file a legal case against India in next week," he said.

He further briefed that in the recently held ICC meeting in Dubai more than nine members opposed the Big 3 formula and hopefully the final constitution would be approved in the ICC's Annual General meeting to be held in June. "Shashank Manohar (ICC chairman) played a vital and position role in the elimination of Big 3 formula."

PCB chairman said doors were opening for international cricket in Pakistan. "World XI will be touring here and all matches will be played in Lahore," he said.

He said the ICC officials would be touring here in May or June to see for the PCB biomechanics lab and hopefully they would approve this facility.

Responding to a question, Khan said Salman Butt had to show some more top performances in domestic cricket to stage a return to international cricket. "We want youngsters to come up in future," he said.

He said we wanted to host the series against Bangladesh in Sri Lanka but as Sri Lanka were playing their home series therefore we had to postpone the series. (APP)