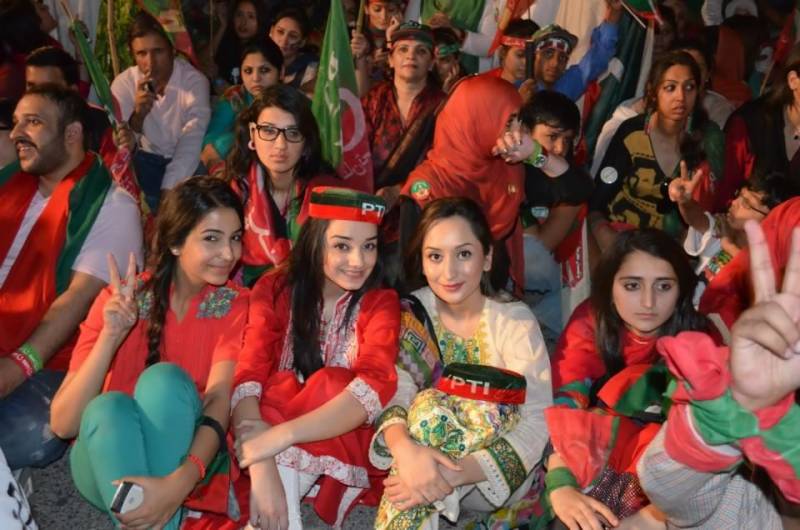 ISLAMABAD: Pakistan Tehreek e Insaaf Chairman lashed out at Prime Minister Nawaz Sharif and his family over the issue of Panama Leaks in the PTI Islamabad Jalsa.

Pakistan Tehreek-e-Insaf Chairman on Friday challenged his opponents, saying that those who want to know the name of the person who made the Rs10 billion offer to stay mum over the Panama case, can take him to court.

Imran Khan said that he gathers people not for himself but for the country, as he addressed the first rally of the party since the announcement of the Panama case verdict.

Imran said that he’s not revealing the name of the one who tried to bribe him, only out of consideration that the person would be forced to go out of business due to vengeful activities.

He further said that he would provide protection for that individual. "Take me to court and I will reveal who is in Dubai," he said.

"The one who was asked to made the offer, was given Rs2 billion to convince me," said Imran.

The PTI chief said that if people had not taken to streets then everyone would have forgotten about the Panama scandal.

“Nations are made on the basis of character, not lies,” said Imran, adding “all the five judges have said that Nawaz Sharif is a liar.”

After the subject came up due to the Panama leaks, the Sharif family for the first time acknowledged that they own flats in London, said the PTI chief.

Imran said that in the country there is money laundering of Rs10 billion.

While referring to Indian businessman and entrepreneur Sajjan Jindal's unannounced visit and meeting with the premier in Murree, Imran said "he (Jindal) won’t be able to save Nawaz".

“Nawaz sent out a message that he wants friendly ties but the army does not,” said Imran.

He said he would raise voice for the rights of Kashmiris wherever he could, adding that Indian PM Narendra Modi is campaigning against Pakistan on every front.

The PTI is holding its first public rally following the apex court's judgment. The stage, for the first of a string of rallies planned across Pakistan, is all set in Islamabad’s parade ground.