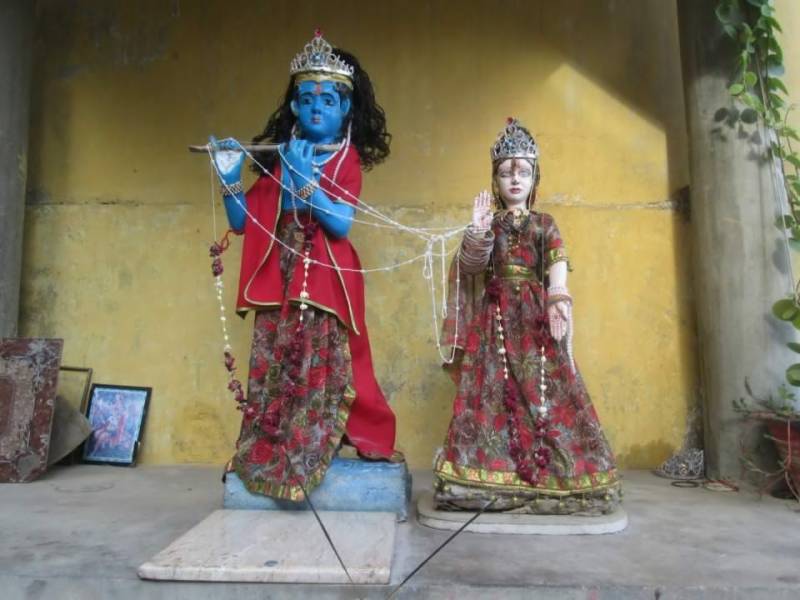 KARACHI: Hindu temple in Gharo, Thatta has been desecrated by unidentified men.

Police have registered cases of blasphemy and terrorism against unidentified men for smashing idols at a Hindu temple in Gharo Town of Thatta District in the wee hours of Friday. The broken idols were found in a sewerage line the next morning.

Lal Meheshwri, the minority councillor of the Gharo Town Committee, told the BBC Urdu that he had been working late at the temple while preparing it for a monthly religious service which would have been held on Friday.

“Someone seems to have entered the temple between 1:00 am and 5:00 am. When worshippers came in the morning for prayers, the idols were missing. This is the first time that that such a thing has happened in the temple’s history,” he said.

Adviser to the Sindh Chief Minister on Minority Affairs Dr Khatto Mal said he has asked the police and the district administration to register a case with the state as the complainant and to include terrorism clauses in the FIR. He said the vandals would be arrested and punished according to the law.

Thatta SSP Fida Hussain Mastoi told the BBC Urdu that the case would be investigated from all aspects, though according to preliminary probe, the footprints found near the temple seem to belong to a young man around the age of 12.

Gharo is situated along the National Highway some 60 kilometres from Karachi.