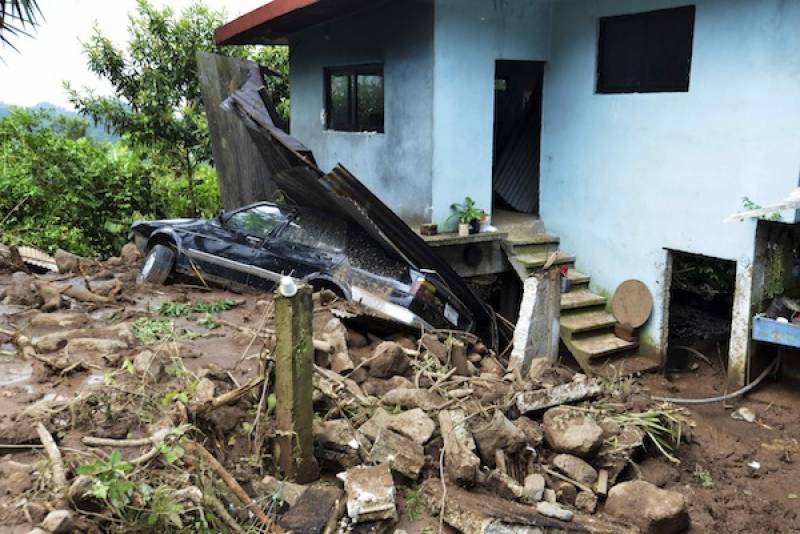 BISHKEK, Kyrgyzstan- A landslide that swept over houses in a village in Kyrgyzstan early Saturday has killed 24 people, including nine children, the emergencies ministry told

"All 24 citizens of Kyrgzystan, nine of them children, died under the landslide in the south of the country," said emergencies ministry spokeswoman Elmira Sheripova.

She was updating an initial statement that reported four dead and at least 20 missing.

The landslide hit the village of Ayu in the Osh region of the mountainous Central Asian country at around 0640 am (0040 GMT) and covered six houses with inhabitants inside, the emergencies ministry said in a statement.

A total of 266 rescue workers including medics and soldiers were at the scene, Sheripova said. (APP/AFP)