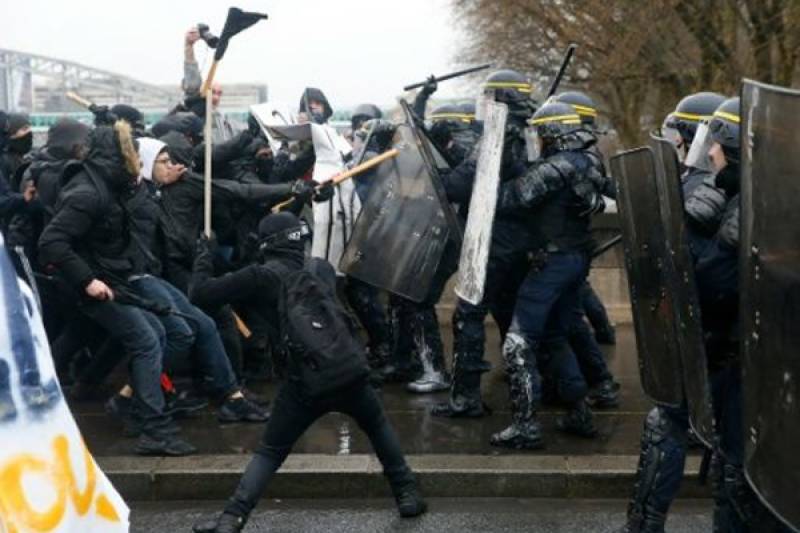 Two dozen police officers were injured Thursday, three of them seriously, as violence flared in mass protests across France against a hotly contested labour reform bill.

Clashes between police and protesters also erupted in the cities of Nantes, Lyon, Marseille and Toulouse, with 124 people arrested nationwide, Cazeneuve said.

Prime Minister Manuel Valls strongly condemned the unrest, which he blamed on "an irresponsible minority". "They will be brought to justice. Support to the police," he wrote on Twitter.

Cazeneuve criticized what he called the excesses of those who sought to exploit the violence on the fringes of the protests after visiting injured policemen in hospital.