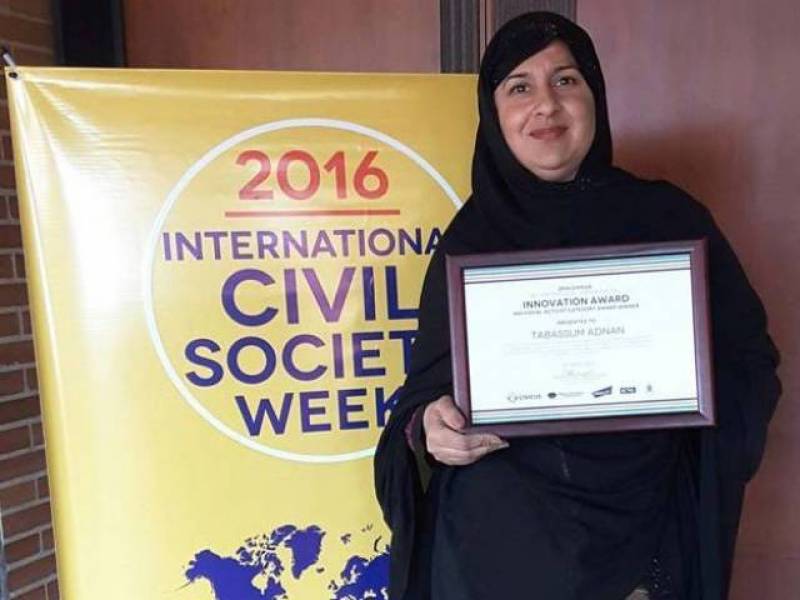 SAWAT: While brighten the name of Pakistan another daughter of nation Tabbasum Adnan after Malala Yousafzai has succeeded to grab Nelson Mandela award 2016 for creating awareness over the issues of women.
As per details, a ceremony was organized by International Civil Society Week in Colombia where she has been awarded Nelson Mandala award 2016 over the admiration of her social works and raising awareness about the issues of women.

Speaking at the occasion, Tabbasum thanked to Allah Almighty for her big achievement saying that she had to face a lot of problems in her life as she was forced to marry at the age of 13 years.
She had to face violence of her husband for more than 20 years then she decided to spend a separate life without her husband while after this decision she also had to leave her children and house but she did not lose her courage.

Tabbsum added that she made an NGO to raise the issues of women in 2015 to facilitate the women who have been victimized in the name of honor killing while these women also provided legal assistance in this regard.