Opponents want to derail country from the path of development: PM Nawaz
29 Apr, 2016 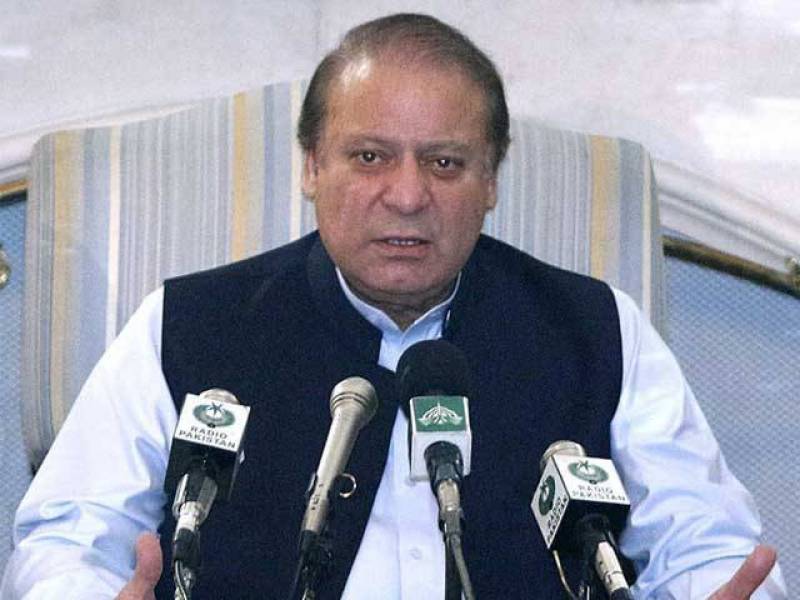 ISLAMABAD: Prime Minister Nawaz Sharif said that opponents want to destabilize Pakistan, derailing country from the path of progress and prosperity but they would not be tolerated anymore by the people of Pakistan.

As per details, PML-N Cabinet Members National Assembly called on Prime Minister Nawaz Sharif here at today in PM House and expressed their satisfaction over the leadership of PM Nawaz.
Speaking at the occasion PM said that he decided to form an inquiry commission under the supervision of Chief Justice of Pakistan as per the demand and opinion of opposition parties while he has already taken the nation into confidence over the assets of Sharif family.

PM Nawaz underlined that PML-N government has inaugurated record developmental projects in three years and it was not just formal inauguration but all these projects have been completed by government in the larger interest of people of Pakistan.
PM directed the PML-N MNAs for leaving no stone unturned to deliver the people of Pakistan and early completion of development and welfare projects in their constituencies.