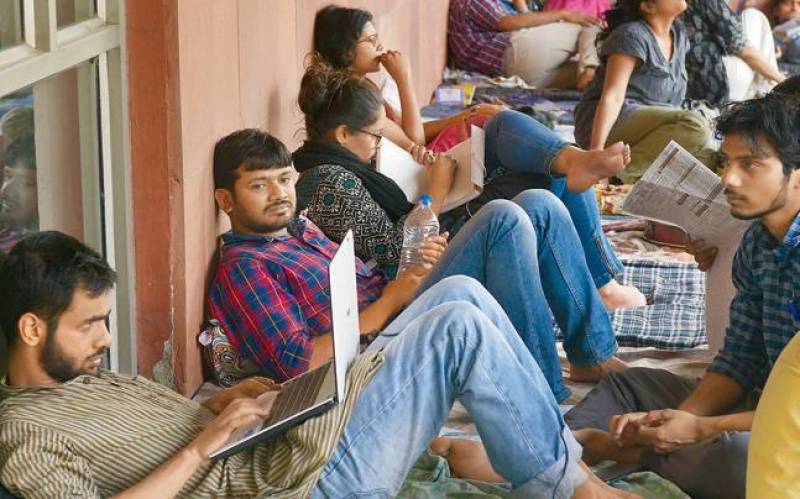 Several students of Jawaharlal Nehru University (JNU), New Delhi, are on an indefinite hunger strike in protest against the punishments awarded by the university for organizing an event in New Delhi in February this year.

According to Kashmir Media Service, Anti-India slogans were raised during the event, which was held to mark the martyrdom anniversary of Kashmiri martyr, Muhammad Afzal Guru, on February 9.

The participants had also raised questions over the secret hanging of Afzal Guru by Indian authorities in New Delhi's Tihar Jail in 2013.

The hunger strike began at midnight on Wednesday after the students took out a torchlight march from Ganga Dhaba to administration block, which has been the venue of protest ever since Kanhaiya Kumar was arrested in a sedition case over the event.

The protesting students include the President of the JNU Student Union, Kanhaiya Kumar.

Kanhaiya Kumar, Umar Khalid and Anirban Bhattacharya, who were arrested in the case, are now out on bail. The university had earlier this week announced punishments to various students on basis of recommendations of a five-member probe panel.

Kanhaiya has been slapped with a penalty of Rs 10,000 on grounds of "indiscipline and misconduct", Umar Khalid, Anirban Bhattacharya and a Kashmiri student, Mujeeb Gatoo, have been rusticated for varied durations.