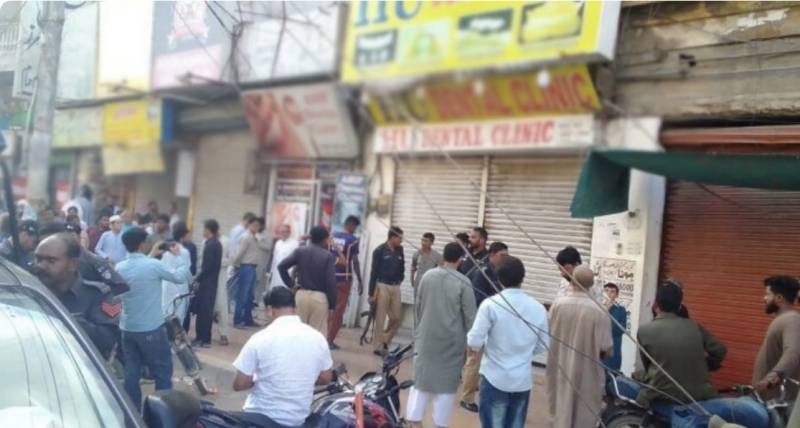 *ISLAMABAD: Interior Minister Rana Sanaullah on Wednesday took notice of the ‘targeted attack’ on Chinese citizens at a clinic in Karachi’s Saddar area. *

A Chinese national was killed while two others sustained injuries after an unidentified man attacked them inside a clinic in Saddar area of Karachi while posing as a patient link.

According to SSP South Asad Raza, the attacker came while disguised as a patient and remained inside the clinic for a longer period.

“As soon as his turn came, he opened fire on the Chinese nationals inside the clinic,” he said, adding that a Chinese cashier died on the spot while a doctor and his wife sustained injuries.

A CCTV footage of the incident showed an attacker running away soon after the attack with police saying that the suspect ran away using the MA Jinnah Road. The authorities will be scrutinizing all CCTV cameras on the route to determine the escape route of the suspect.