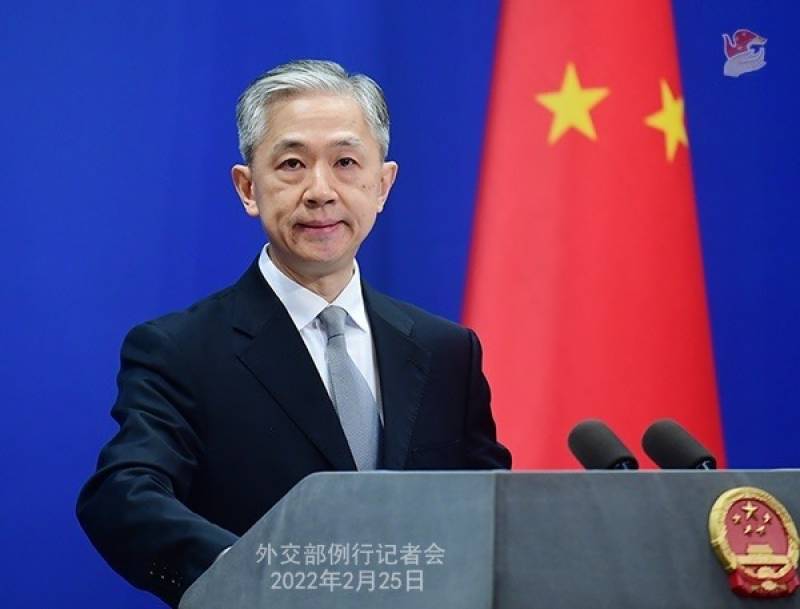 BEIJING: Hours after US Secretary of State Antony Blinken called on Pakistan to seek debt relief from China so that it can more quickly recover from the floods devastations, Chinese Foreign Ministry Spokesperson Wang Wenbin on Tuesday said that his country was doing all it can to help its “genuine friend and brother in times of need”.

“Since floods hit, as Pakistan’s friend and brother in time of need, China has rushed to Pakistan’s aid. The Chinese government has provided RMB 400 million worth of humanitarian assistance while China’s civil society has also lend a helping hand, he said during his regular briefing held at the International Press Center (IPC).

The spokesperson remarked that China and Pakistan have had fruitful economic and financial cooperation. The Pakistani people know it best.

He said that instead of passing unwarranted criticism against China-Pakistan cooperation, something real and beneficial should be done for the people of Pakistan.

Responding to a question about a joint statement delivered by Pakistan on behalf of nearly 70 countries at the 51st session of the Human Rights Council, expressing support for China’s position on issues related to Xinjiang, Hong Kong and Tibet, he said that some countries used so called human rights issue against China but have failed time and again.

“The overwhelming majority of the international community have long been clear eyed about this,” he added.