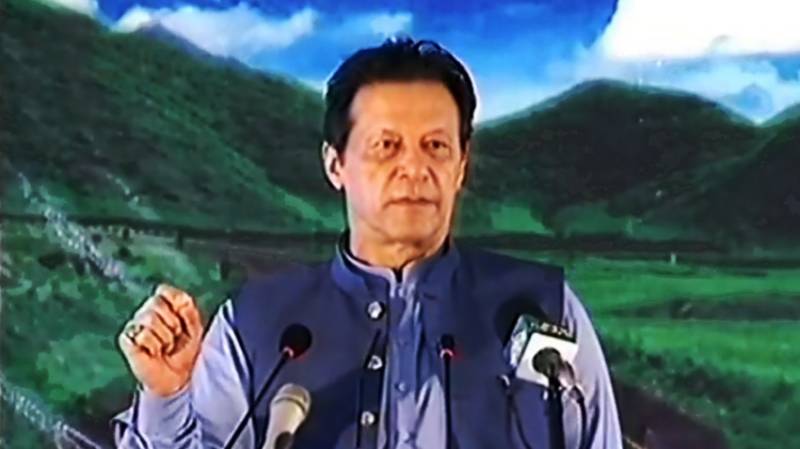 Prime Minister Imran Khan has assured to provide all possible funds for the socio economic development of tribal districts.

Addressing notables in Mohmand on Monday, he said that the Ministry of Planning has been given directions in this regard.

Imran Khan said border markets are also being opened which will provide opportunities to the local people to trade with Afghanistan.

The Prime Minister warned that our enemy want to stoke anarchy in the tribal districts and is supporting and providing funds to those elements who were opposed to the merger of tribal districts with Khyber Pakhtunkhwa. Hence, no stone be left turned to meet the development needs of these neglected areas.

Imran Khan said the focus of present government is to uplift the weaker segments of the society and develop the backward areas including those in Sindh, Punjab and Balochistan.

Alluding to the commencement of talks between Afghan government and the Taliban, the Prime Minister said we pray for the successful outcome of the negotiations. He said peace in Afghanistan will open new vistas of opportunities for the people of tribal districts. He, however, warned that there are elements which do not want peace in Afghanistan.

He was briefed by the officials on the development projects in Mohmand district.

Later, the Prime Minister will visit Bajaur District and perform the groundbreaking of Timargarh-Khar-Mamad Gat road and will also address the notables.

These projects will provide better means of transportation, trade and job opportunities to the people of Mohmand and Bajaur.

The Prime Minister will also visit Peshawar and inaugurate the Surgical and Allied Services Block of Lady Reading Hospital.