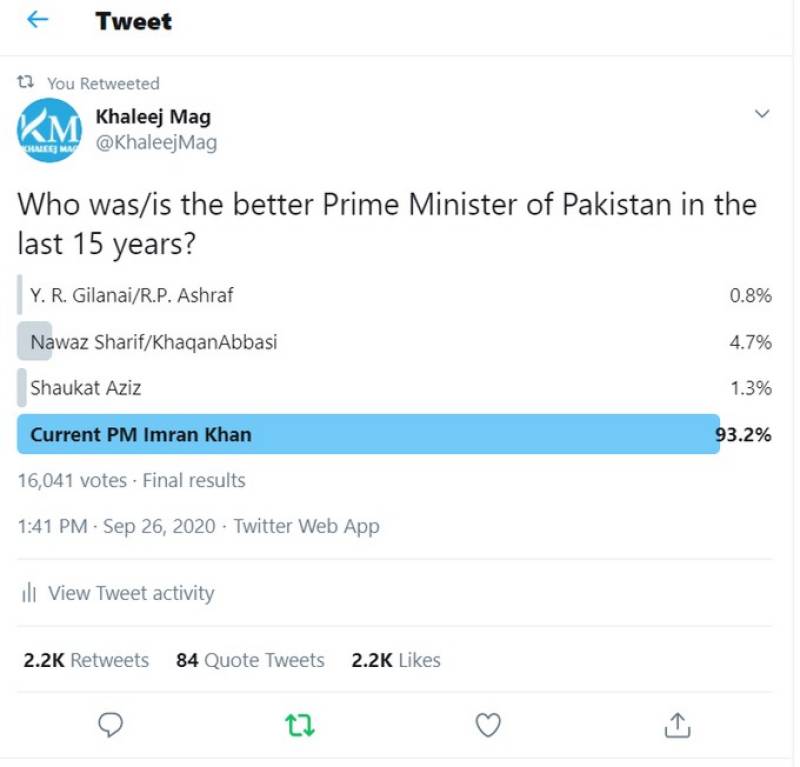 An online survey conducted by a Dubai-based publication has revealed that a vast majority of Pakistanis consider Imran Khan a better Prime Minister than his predecessors.

Out of 16,041, 93.2 percent of respondents thought Imran Khan is a better choice despite his difficult decisions and challenges such as inflation.

The survey comes in the backdrop of an opposition alliance against PM Khan’s government, which will hold rallies and protests across the country next month.

Before this survey, the business community in Pakistan had expressed its confidence in PM Khan and hoped that his efforts will improve the country’s economic conditions in near future.