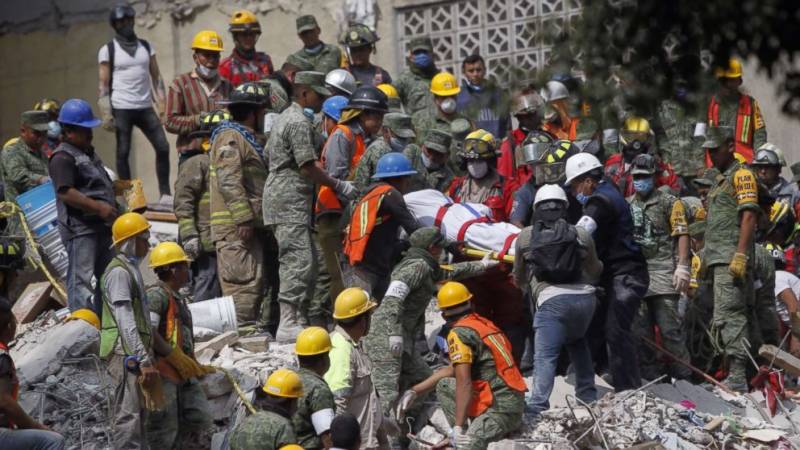 The casualties include 198 in the capital Mexico City, head of National Civil Defense, Luis Felipe Puente said in a tweet.

Mexico was struck by a powerful earthquake on Sept. 19 near the capital, killing hundreds and damaging thousands of buildings.

It followed on the heels of a massive magnitude-8.2 temblor on Sept. 8 the most powerful the country has seen in the last three decades, which killed nearly 100 people.