Pakistan is like my home: Bahrain Prime Minister
28 Sep, 2016 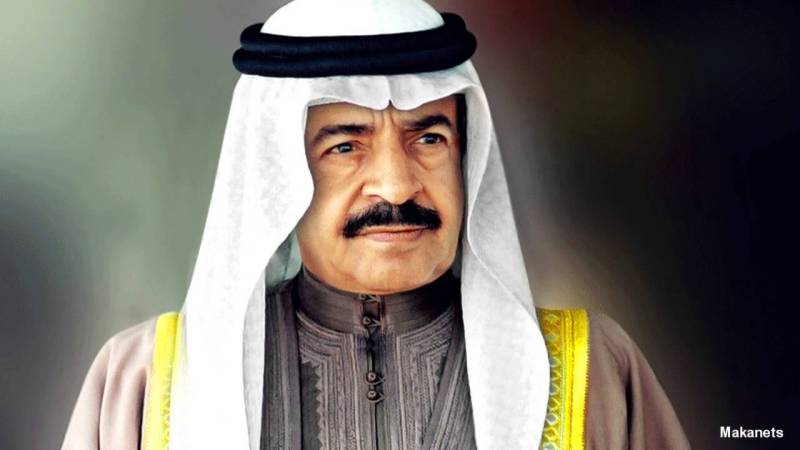 BAHRAIN (APP):Prime Minister of Bahrain, Prince Khalifa Bin Salman Al Khalifa here on Wednesday said that he regards Pakistan as his home and highlighted the need to further expand the bilateral relations the both.

"More high level visits from both countries would continue to maintain the momentum of expansion of our relations", Prince Khalifa Bin Salman Al Khalifa stated this while receiving at the Ghudaibia Palace, Commerce Minister Khurram Dastagir Khan and Ambassador of Pakistan to Bahrain Javed Malik, Pakistan's Ambassador to the Kingdom of Bahrain here.

Pakistan-Bahrain business conference to be attended by over 350 dignitaries: State Agency

The Commerce Minister was in Bahrain to co-chair the first Pakistan Bahrain Business Opportunities Conference which was a huge success with presence of almost 500 delegates that included members of Royal family, Commerce Ministers of both countries,Presidents of Chambers of Commerce, in addition to Chairmen, CEOs and owners of major business groups based in Bahrain and the GCC region, a statement of Embassy of Pakistan Kingdom of Bahrain issued Wednesday said.

Speaking about the initiative, Ambassador Javed Malik said that, Commerce Minister of Pakistan, Khurram Dastagir Khan was a clear indication of the growing ties between Pakistan and the Kingdom of Bahrain with a renewed focus on the Economy.

The Commerce Minister Khurram Dastagir Khan conveyed the greetings of Prime Minister Nawaz Sharif to the Bahraini Prime Minister and underscored the strong importance Pakistan attaches to its relations with the Kingdom of Bahrain.

He also briefed the Bahraini Prime Minister on the recent positive indicators of Pakistan's economy and the growing stability and progress achieved in the last three- year.

The Commerce Minister of Bahrain, Zayed Al Zayani, and senior officials of the Prime Ministers office including members of the Royal family were present also.