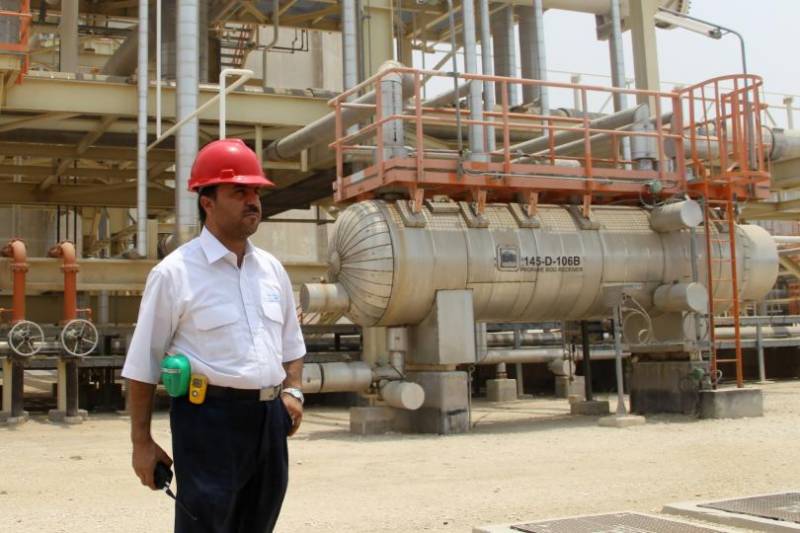 ALGIERS (APP) - Iran on Tuesday ruled out an imminent agreement with other major oil producers to freeze output as regional rivalry with Saudi Arabia hindered efforts to reverse a price slump.

The new signs of discord sent oil prices sliding again on world markets in the face of a global supply glut that has left a gaping hole in the finances of oil-exporting nations.

US benchmark West Texas Intermediate for delivery in November ended down $1.26 at $44.67 a barrel in New York trading on Tuesday.

OPEC kingpin Saudi Arabia has so far refused to curb its output at a time when Iran is ramping up production following the lifting of nuclear-related sanctions.

Iranian Oil Minister Bijan Zanganeh said Tuesday on the eve of an informal OPEC meeting in Algeria that the Islamic republic was not yet ready to join a mooted production freeze.

"It's not in our agenda to reach an agreement in two days. We need time for more consultation," he told reporters on the sidelines of an energy conference in Algiers.

Zanganeh said Iran wanted to increase its daily output to pre-sanctions levels of four million barrels, from the current estimated level of up to 3.8 million.

Saudi Arabia and Iran, the Middle East's foremost Shiite and Sunni Muslim powers, are at odds over an array of issues including the wars in Syria and Yemen.

But there were some tentative signs of a narrowing of differences in Algiers, where major non-OPEC producer Russia will also join the talks on Wednesday.

Zanganeh signalled that an agreement to stabilise oil prices could be struck at a November 30 meeting in Vienna of the Organization of Petroleum Exporting Countries.

And Saudi Oil Minister Khaled al-Faleh said he was optimistic that ministers would find some common ground on Wednesday.

"I remain optimistic on the basis of market fundamentals that are moving in the right direction and also on the producers coming to a common view," he said.

OPEC secretary-general Mohammed Barkindo, of Nigeria, suggested the remarks from Iran and other producers were "all part of the consultations".