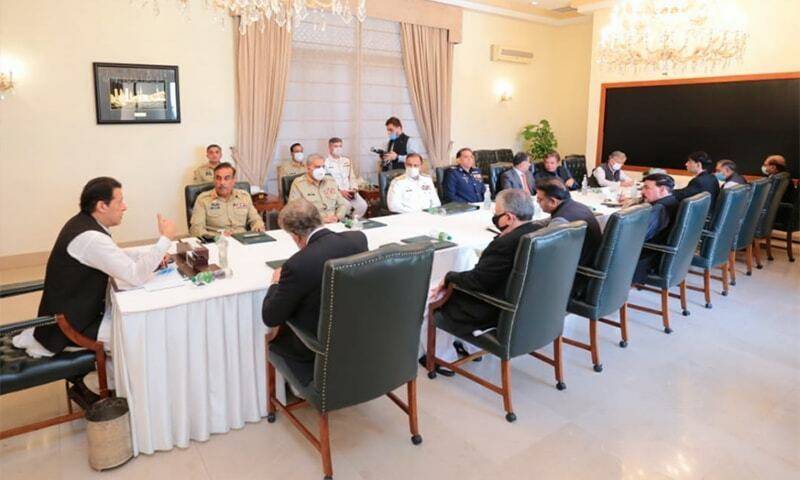 ISLAMABAD – Prime Minister Imran Khan had summoned a meeting of the National Security Committee (NSC) for tomorrow (Friday) to discuss the security situation arising from ongoing protests by the proscribed Tehreek-i-Labbaik Pakistan (TLP).

Federal Information Minister Fawad Chaudhry in a tweet said that the meeting had been held in light of the situation arising out of the "illegal activities" by the banned group.

He said that other issues related to security will also be discussed in the meeting.

The announcement comes as thousands of TLP workers reached Gujranwala city by today morning as they are stick to hold long march.

Meanwhile, the administration of twin cities closed main highways by placing containers and barbed wires as the members of proscribed TLP march toward the federal capital.

The officials have decided to deploy the Punjab Rangers to maintain the law and order situation in the most populous province.

Murree Road near Faizabad has been closed with containers and barricades. Meanwhile, the bridges on the River Jhelum have been sealed to halt charged activists of TLP from marching towards Islamabad. Other alternate routes, connecting Gujrat with Sialkot-Lahore motorway, Khanki Headworks bridge, and Gujranwala and Gujrat-Mandi Bahauddin highway have been closed for all kinds of traffic.