In a setback for India, Jailed Kashmiri Journalist honoured with top award by Washington based National Press Club
28 Oct, 2019 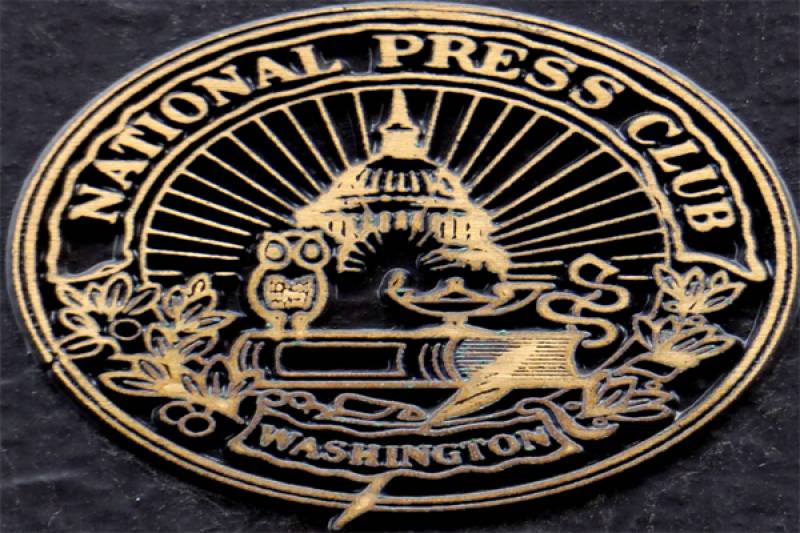 NEW YORK - The National Press Club, a Washington-based professional and social club for working journalists, has honoured Kashmiri journalist Aasif Sultan – who has been jailed in India for over a year now for his reporting – with its annual John Aubuchhon Press Freedom Award.

Aasif Sultan, who was imprisoned by Indian security agencies last year in August, is accused of aiding insurgents even though he merely reported on them, the Press Club said.

The police seized his electronic devices and notebooks. They interrogated him about his sources and asked him to become an informant, his editor has said, according to a news release.

“Sultan’s case reflects worsening conditions for the press and citizenry in (occupied) Kashmir, a region in northern India that is partly controlled by India and partly by Pakistan,” the NPC said in the announcement.

The Indian-controlled section of Kashmir had been semi-autonomous for decades, the Press Club announcement said.

“But the current Indian government, led by Prime Minister Narendra Modi, moved earlier this month to bring the region fully under the central government’s control. Modi’s government has instituted a crackdown and a communications blackout that has left journalists struggling to report the news, and many have been incarcerated or beaten,” the NPC said.

“It is completely unacceptable for India to violate the basic human rights of reporters and to deny the people of Kashmir access to unfiltered information through an unfettered press,” Alison Kodjak, president of the National Press Club, said.

In February this year, the Committee to Protect Journalists called on Jammu and Kashmir police to immediately cease all legal proceedings against journalist Aasif Sultan and release him from jail after local news outlets reported that formal charges were filed against him today.

Sultan, along with nine other individuals, has been charged with harbouring and giving support to a militant organization and for hatching a criminal conspiracy under India’s Unlawful Activities Prevention Act, the CPJ noted

“Is it so hard to understand that journalists, in the normal course of their work, must make contact with the people they write about?”.