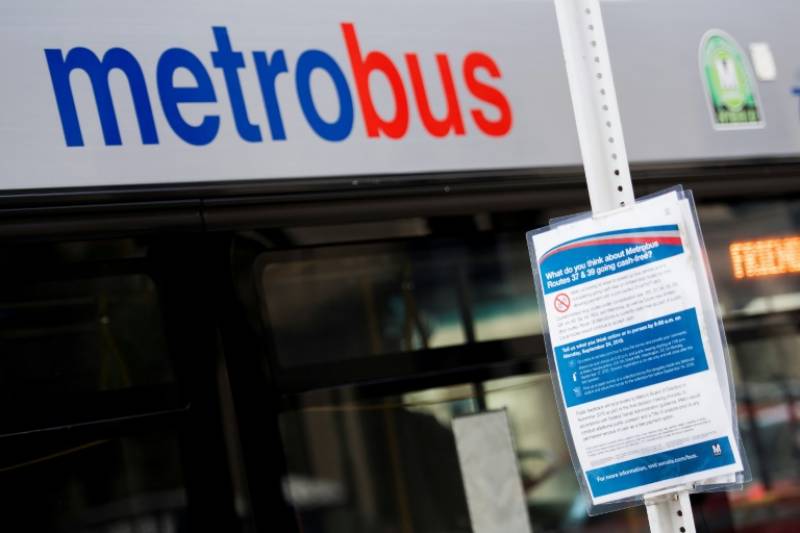 Washington: As the US capital traded stifling summer heat for cool autumn breezes, signs began appearing at bus stops, asking Washington commuters: what do you think about buses going cash-free?

"I'm all for the cash-free system" on buses, Rogers Ferguson, a 52-year-old Washington native and Navy veteran, told AFP.

"I do a lot of travelling abroad so I'm very acclimated to not carrying cash."

In 2015-2016, 483 billion transactions were cashless. That number is expected to rise at a 13 percent compound annual rate through 2021, according to the report.

Though the United States has often been a laggard in terms of payments innovations, businesses in Washington are adopting the cash-free model.

Bus operator WMATA told AFP it is exploring the concept for efficiency reasons: accepting cash can waste lots of time when customers are boarding.

But cost and security are also key factors, says James Angel, a professor at Georgetown University's McDonough School of Business.