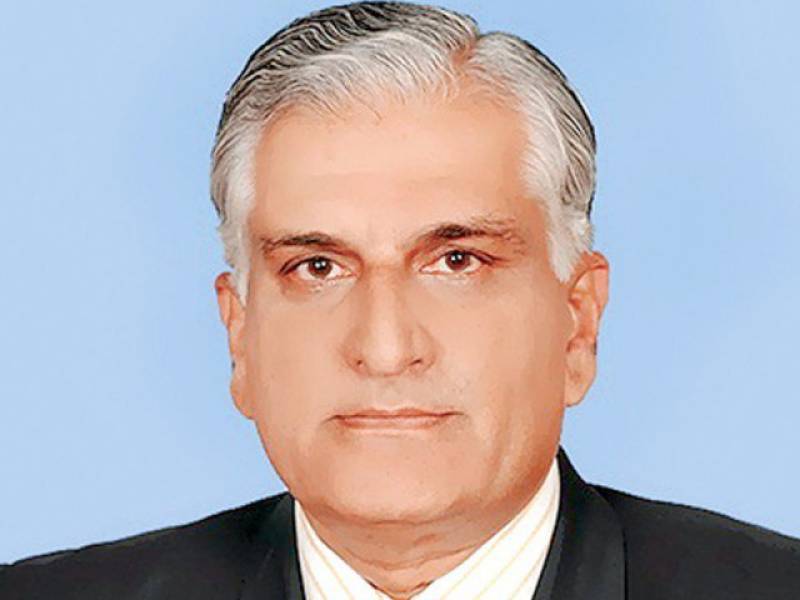 ISLAMABAD: (APP) A Pre COP-22 event "Pakistan se Marrakesh: Framing the Pakistan Agenda for COP-22 took place here with the collaboration of Civil Society Coalition for Climate Change, the Ministry of Climate Change and the Embassy of France.

"This dialogue is taking place at very opportunistic time when we are going to participate in COP-22," Minister for Climate Change Zahid Hamid on Friday said.

He told the audience that Pakistan would soon sign Paris agreement.

He informed that Intended Nationally Determined Contributions (INDC) are in its final phase and soon will be submitted.

"It is a great pleasure to share that Pakistan Climate Change Bill is also getting finalized very soon," the minister added.

He said Pakistan is facing many challenges in the form of floods, glaciers melting, droughts, sea level rise and increasing temperature.

He announced to have bigger pavilion and larger delegation for COP-22.

French Ambassadors in Pakistan Martine Dorance addressed the participants and said that young people in Pakistan are more aware of climate change issues.

She appreciated that Pakistan would be ratifying Paris Agreement very soon.

Last year, French Ambassador in Pakistan and her team took the responsibility to engage stakeholders and civil society and this coalition of civil society was formed. It's a forum where we can take valuable input from all stakeholders.

The purpose of this event was to hold dialogue between civil society and public sector stakeholders.

The dialogue is designed to deliberate with legislators, policy makers and civil society including media on key elements of Pakistan's INDC's with a view sharing and receiving of expert opinion from all stakeholders.

In this special meeting, inputs from a wild range of actors were collected to compile concrete suggestions that reflect the views of diverse sectors in meeting the challenges of adaptation and mitigation on determined INDC's.

A large number of people from civil society, government officials and academia participated in this event.