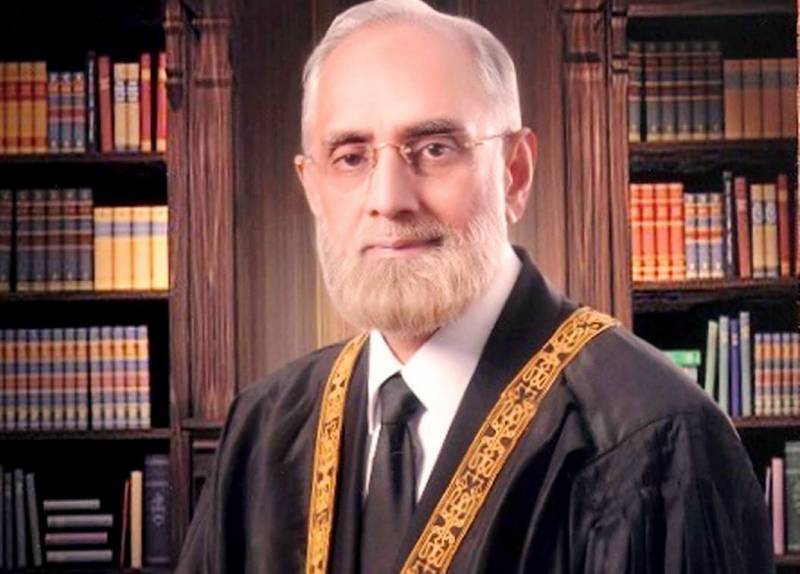 ISLAMABAD (APP): Chief Justice of Pakistan Justice Anwar Zaheer Jamali took suo motu notice on the issue of non-payment of retirement benefits by the relevant departments and fixed the matter on November 14 with notices to Attorney General and Advocate Generals of all the four provinces and Islamabad beside others.

The notice was taken on a note of Justice Amir Hani Muslim, Judge Supreme Court highlighting the issue of non-payment of pensioner benefits to retired employees despite of the clear cut directions of Supreme Court judgment in case of Muhammad Ismail Memon (PLD 2007 SC 35).

Inspite of those departments are willfully avoiding compliance that multiplies miseries of retired employees of Federal and Provincial Governments.

He also mentioned the details of large number complaints received in Human Right Cell of the Supreme Court against different departments of the Federal and Provincial Governments besides the Accountant General Pakistan Revenues and the Accountant Generals of the Provinces, wherein the employees have complained of non-payment of their pensionary dues.

No Messiah will come to solve the country’s problems: CJP Anwar Zaheer Jamali

A cursory perusal of these complaints revealed that the different wings of A.G.P.R or the Accountant Generals' offices were denying pensionary benefits to the employees or their widows by making frivolous objections.

Likewise, the relevant parent departments of the employees are equally negligent in issuing notification of retirement in time and submitting relevant pension papers to the competent forum, thereby causing undue delay.

The right to pension is a fundamental right of an employee guaranteed under Article 9 and 14 of the Constitution.

Therefore, denial of the right of the employees, by the relevant parent departments, passing the buck on other department needs to be examined by this Court on judicial side.

Taking notice of the issue, the Chief Justice has directed the office to treat this note as petition under Article 184(3) of the Constitution and fix in Court on 14.11.2016 with notice to Controller General of Accounts, Islamabad, A.G.P.R, Islamabad, Accountant Generals, Punjab, Sindh, KPK, and Balochistan as well as the D.Gs, A.G.P.R, Lahore, Karachi, Quetta and Peshawar, including the Military Accountant General, Rawalpindi, with direction to submit reports as to the number of cases in which the departments of the Federal and Provincial Governments have not prepared or completed the pension papers of the employees on attaining the age of superannuation or otherwise.

The other Treasury Offices shall also submit details of those cases in which they have received notification of retirement of the employees but failed to release their pension and other dues in time, with explanation.