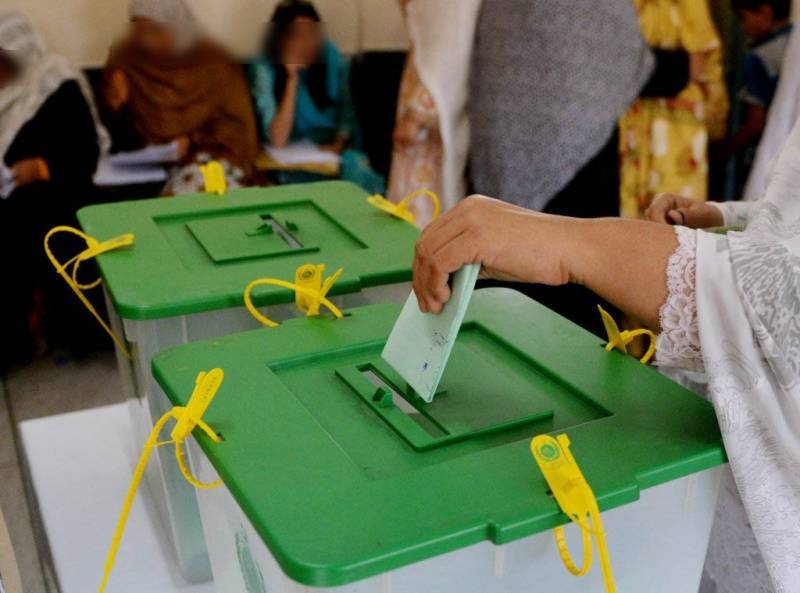 MUZAFFARABAD – Unofficial results show the PTI leading the race in the first phase of the local government elections, which were held held in Azad Jammu and Kashmir (AJK) on Sunday after a lapse of three decades.

According to a tweet by the PTI’s official Twitter handle, it had secured 34 of the UC seats, followed by the PPP with 23, PML-N with nine, independent candidates with four and Muslim Conference with three.

According to unofficial results, the PTI bagged six union council seats in Hattian Bala’s Jhelum Valley out of a total of 18. The PML-N managed to grab three seats followed by the PPP with two.

Independent candidates won five wards while the Muslim Conference could only secure one.

As per reports, exchange of fire between two parties at two polling stations left many injured, including a woman.

The local body polls in AJK are being conducted in three phases across the state due to non-provision of additional security personnel from the federal government.

The polling started from 8am and concluded at to 5pm without any break.

At least 2,725 candidates are contesting for 614 local body seats including 31 women. Around 19 candidates have already been elected as councilors unopposed.

On the directions of the Election Commission of Pakistan (ECP), the administration had established 1,223 polling stations which include 397 for males, 387 for females and 530 joint stations.