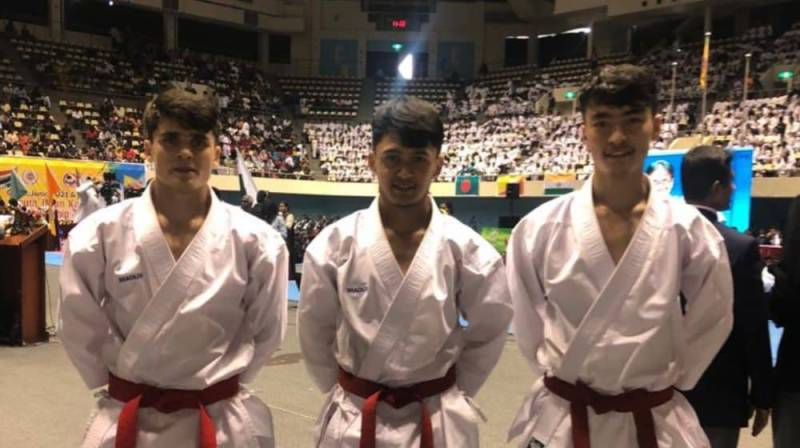 Pakistani athletes have been making their country proud at the ongoing South Asian Karate Championship 2022 in Colombo, Sri Lanka, winning three gold medals and one silver in different categories.

According to the details, Irshad Ali has won another gold medal in the under-21 senior category by defeating an Indian opponent, bringing the country’s total gold tally to three.

It is pertinent to mention here that athletes from Pakistan, Nepal, Bhutan, Maldives, Sri Lanka, and India competing for glory in the South Asian Karate Championship 2022 being held in Colombo, Sri Lanka.

So far, two athletes, Irshad Ali and Saifullah, have won gold medals in their respective categories, while Arzoo, a female athlete, has won silver in individual karate in the junior women’s category.

Earlier this year, athletes from Pakistan claimed a total of eight medals including two gold medals in the Commonwealth Games 2022 in Birmingham, England.