Former PM Imran Khan warns those who installed the new government in Pakistan
28 May, 2022 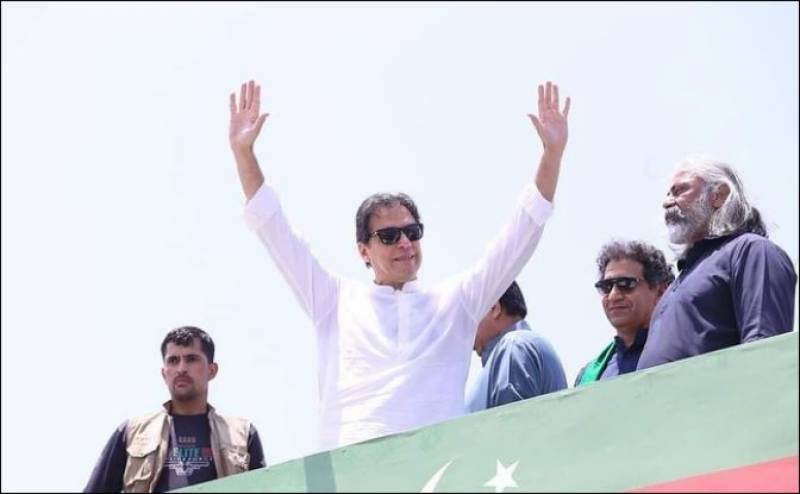 ISLAMABAD – PTI Chairman Imran Khan said those who installed the new government are responsible for the destruction, saying the entire nation and institutions should save the country from ‘looters’.

Khan, who was flanked by senior party leaders, revealed his stance days after holding an anti-government rally in Islamabad to press his demand for fresh elections, as cops used tear gas and batons and detained thousands his protesters in a bid to disrupt the rally.

The PTI chief also announced approaching the Supreme Court for its right to peaceful protest as he gave a six-day ultimatum to the ruling coalition to announce an election date or else he would return to the capital with more people next time.

Opposing claims of Sharif-led government, Khan said PTI’s march was peaceful but the authorities turned it into a violent one. He mentioned that Punjab police assaulted a bus filled with lawyers, as they dragged them out.

He added that the government brought in selected officers, including the top cop, who committed atrocities against agitators.

The PTI chief also mentioned that they are ready for negotiations with the government but only if his demand for early and transparent polls was accepted. If the new government will remain in power, it will take the country towards chaos,” he maintained.

Khan also lambasted the government’s decision to hike the fuel prices, saying the ‘imported government’ was not purchasing Russian oil at ‘discounted price’ due to fear of its ‘masters’.

He recalled that the PTI government inked an agreement with Kremlin to buy crude oil at reduced prices. PTI chief also mentioned India who slashed the oil prices after purchasing it from Russia.

Since his ouster, the PTI chief has been rallying across Pakistan to build momentum against the incumbent government to force it to announce early elections.