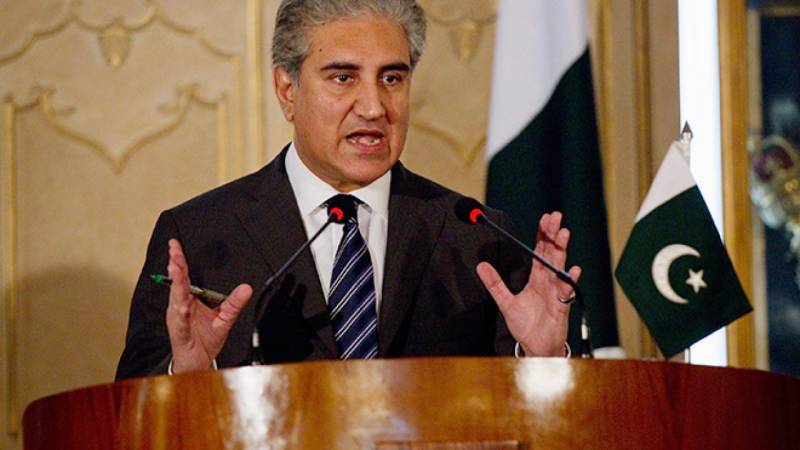 The foreign minister’s statement came after the UN Human Rights Council (UNHRC) decided Thursday to initiate an open-ended international investigation into violations surrounding the latest Gaza violence, and into “systematic” abuses in the Palestinian territories.

Qureshi said that the OIC has achieved success in the meeting of the Human Rights Council yesterday, adding that if Israel has announced that it will not cooperate in the investigation, they are being exposed.

“From Netanyahu’s statement, it seems that they are in a state of fear.”

The resolution, which passed with 24 of the council´s 47 members in favour, will spur an unprecedented level of scrutiny on abuses and their “root causes” in the decades-long Middle East conflict.

The text, which was presented by Pakistan on behalf of the Organization of Islamic Cooperation, was debated during a special one-day council session focused on the surge in deadly violence this month.

Opening the session on Thursday, UN rights chief Michelle Bachelet voiced particular concern about the “high level of civilian fatalities and injuries” from the attacks on Gaza, and warned the Israeli attacks on the enclave “may constitute war crimes”.

The Palestinian foreign ministry saluted the move and said it “reflects the determination of the international community to move forward in the path of accountability, law enforcement, and protection of Palestinian human rights.”

But Israeli PM Benjamin Netanyahu slammed it as “shameful.”

“Today’s shameful decision is yet another example of the UN Human Rights Council’s blatant anti-Israel obsession,” Netanyahu said in a statement.