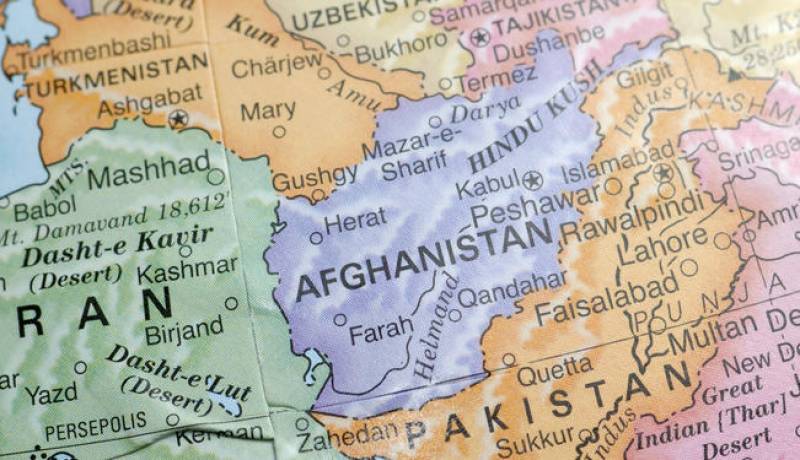 ISLAMABAD: Is US sincere in eliminating terrorism from Af-pak region ?

Strategists in the region have long been contemplating over the US flawed Af-Pak policy which itself has enhanced terrorism in the entire region.

The advent of the US and NATO forces in Afghanistan after the deadly September 11, 2001 twin tower attacks altered the entire security scenario in the region. Although United States was able to throw away the Taliban regime out of Kabul but could never throw them away from Afghanistan.

The next 15 years witnessed the hide and seek game between the US Forces and the Afghan Taliban in Afghanistan. The spill over of the terrorists from Afghanistan entered Pakistan and US forces in hot pursuit attacked the Taliban and Al Qaeda leaders inside Pakistan through the use of Drone strikes.

US newly formed Strategic ally India also jumped in the game and with Hamid Karzai in driving seat in Kabul, Indian strategic interests in Kabul reached its all time high. The year 2011 witnessed Strategic partnership between India and Afghanistan and India with the blessings of United States became the biggest ally of Afghanistan in the region.

Pakistan which did not have any role in September 11, 2001 twin tower attacks in USA became the biggest victim of the terrorism in the region.

In 2009 United States President Barack Obama termed the Af-Pak regions the most dangerous place on the earth and started to treat Pakistan and Afghanistan in the same place. Hence the new nomenclature and the Af-Pak doctrine came into existence in the region which itself contributed towards enhanced terrorism in the region.

The flawed US Af-Policy salient features are:

1. Pakistan which had been US ally in counter terrorism operations was treated at the same levels as of Afghanistan.

2. India was asked to sit in the backyard of Pakistan and the problems multiplied for Pakistan.

3. US drone strikes contributed towards the increase in terrorism in Pakistan as the death toll of civilians was much more than the terrorists.

5. US has turned a blind eye towards the Indian anti Pakistan activities in Afghanistan through its notorious consulates in eastern Afghanistan.

6. If Afghan Taliban Commanders can be traced inside Pakistan then why cannot TTP Commanders Mullah Fazalullah and others who have played havoc in Pakistan cannot be traced in Afghanistan. It creates serious question mark over the sincerity of the US towards Pakistan.

7. Black water and other such agencies have been found to be involved in anti state activities in Pakistan.

8 . The intentional shooting down of Afghan Taliban Commander Mullah Akhtar Mansoor in Pakistan was yet another step to bring down Pakistan under further pressure in the region.

9. The deadly RAW-NDS nexus operating in Pakistan from Afghanistan soil and the US silence over the issue is yet another question mark over the flawed and biased Af-Pak policy.

10. The arrest of serving Indian and Afghan Intelligence officers from Baluchistan and the silence of US over the matter is another question mark over the Af-Pak policy.

11. Afghan and Indian Intelligence senior officers have been directly threatening Pakistan and supporting terrorism in Pakistan always stays unnoticed by the State Department and the Pentagon.

12. Supporting India for Nuclear Supplier Group NSG and refusing Pakistan the same is yet another feather in the cap of the US flawed regional policy.

From Pakistani perspective has United States ever though that why Pakistan supports Afghan Taliban. Can any state afford to have its enemy sitting in its backyard and playing havoc utilising the porous borders to infiltrate terrorists. Would US allow Russia to do so. The Cuban Missile crisis of 1962 was a glaring example of that.

Quadrilateral Contact Group QCG successive meetings was a sincere effort by Pakistan to bring peace in the region.

US sincerity for the regional peace has become doubtful.

Does US really want to have peace in Af-Pak region.

The US Af-Pak policy says the answer is NO.