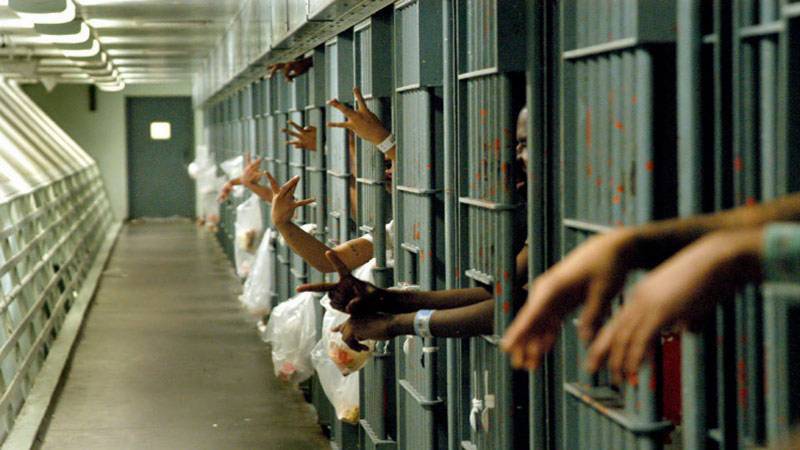 ISLAMABAD: (APP) India and its puppet administration have decided to build a separate jail in the territory on the pattern of one in Guantanamo Bay.

Media reports said that the puppet regime had agreed to the Indian government's proposal and asked for Rs 7 crore last month to build the jail exclusively meant to lodge Hurriyet leaders, activists and other people affiliated with the ongoing freedom movement, KMS reported.

The disclosure came days after a court in Budgam criticized Indian police for illegal and extra-judicial detention of senior Hurriyet leader, Masarrat Aalam Butt, and said that a situation like Abu Ghraib and Guantanamo Bay could not be tolerated.

Situations like that in Abu Ghraib and Guantanamo Bay prisons could not be tolerated, at least in cases which were raised in the courts, Chief Judicial Magistrate, Masarrat Roohi, had observed while granting bail to Masarrat Aalam Butt.

Indian authorities in Modi regime have steeped up their efforts to curb the Kashmiri freedom movement in Indian Occupied Kashmir and have left no stone unturned to curb the resistance movement.

India is also planning to change the demographic structure of valley by injecting hundred of thousands of non local Kashmiris in Indian Occupied Kashmir.

The recent announcements of constructing separate Pundits Colony and soldiers Colony in Kashmir are the efforts in the same direction by Indian authorities in collaboration with the puppet regime.

India has increased the atrocities against the Kashmiri Muslims and the latest announcement of Guantanamo Bay like jail for the Hurriyat Leaders is the manifestation of the intentions of the Indian authorities for the Kashmiri struggle.