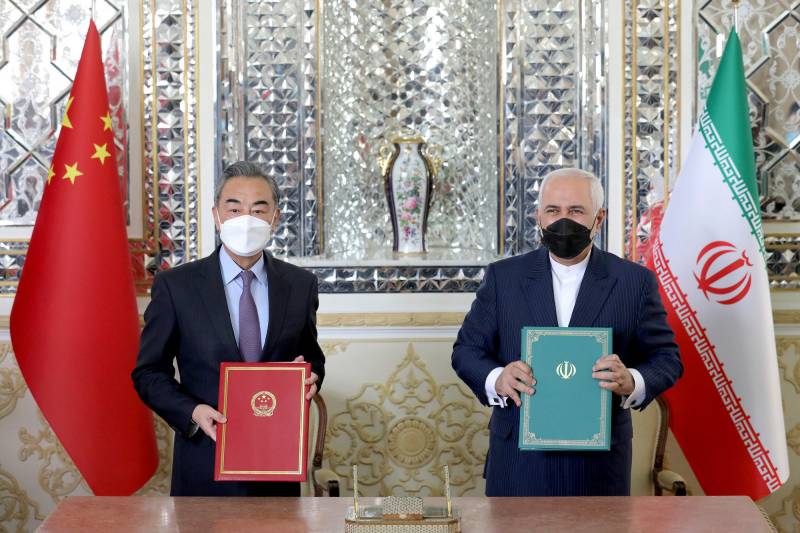 BEIJING/TEHRAN – The Chinese and Iranian foreign ministers Saturday inked a 25-year cooperation accord marking a landmark in mutual relations between the two countries.

The Sino-Iranian $400 Billion deal is expected to increase the trade and military cooperation between the two sides.

The agreement was signed by Chinese and Iranian Foreign Ministers in Tehran as both countries remain under the severe sanctions imposed by the United States. No details of the agreement have yet to be formally published, but the landmark deal is expected to be significant for Iran with huge Chinese investments.

Chinese Foreign Minister, who landed in Iran’s capital for a two-day visit also met with Iranian President Hassan Rouhani along with other top civil leadership. During the meeting, Rouhani also thanked Chinese FM for their support regarding the nuclear deal. Both sides also vowed to work together to fight terrorism and extremism in the region.

The two countries have also cooperated on Covid-19 amid pandemic as China donated at least 250,000 doses of its Sinopharm vaccine to the western Asian country last month.