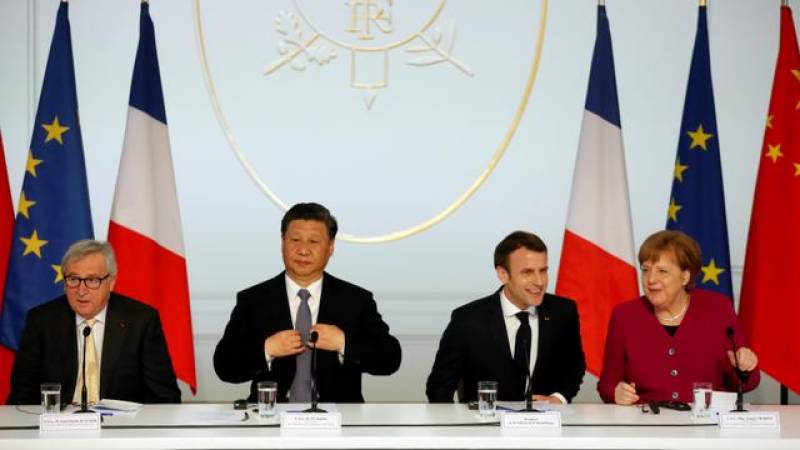 The leaders met on the sidelines of a global governance forum co-hosted by china and France.

Noting the increasing volatility and uncertainty in the international situation with a rising tide of protectionism, Xi said china is willing to work with all parties to firmly uphold multilateralism, improve global governance and jointly address global challenges.

China and Europe are two major forces in the world, and are important participants in and constructors of the economic globalization process, Xi said, adding that they share broad common interests.

Speaking of their meeting, Macron said it has sent a positive signal to the international community that the EU and China firmly uphold multilateralism.

German Chancellor Merkel Underlined China's success and huge achievements in lifting hundreds of millions of people out of poverty.