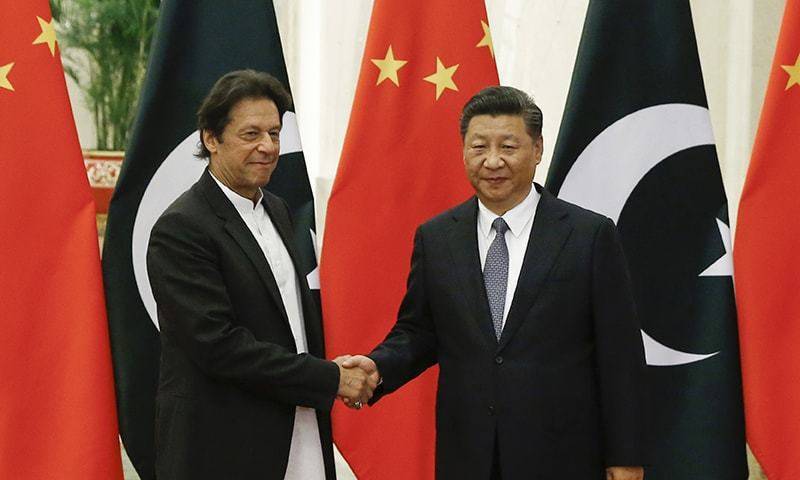 She, on behalf of people of Pakistan, acknowledged and appreciated China's support to Pakistan in the recent situation and playing a role for de-escalating tension in South Asia.

The minister also praised participation of the Chinese contingent at the Pakistan Day Parade and spectacular air show presented by Chinese pilots and added, it had not only enhanced the prestige of the occasion but also gave a loud message that the two nations stood shoulder to shoulder through thick and thin.

Dr Fehmida Mirza observed that the last visit of PM Imran Khan to China had given a new impetus to Pak-China friendship and opened up several new avenues of cooperation.

China-Pakistan Economic Corridor (CPEC) was a basic pillar of Belt and Road Initiative under which most of the early harvest projects had been completed especially in the fields of infrastructure and energy.

"This flagship project is poised to provide employment to our youth and enhance economic growth as well as social economic benefits for shared prosperity," she added.

Pakistan, she said, wanted to learn lessons from China to alleviate poverty and added, "There is a wider scope of cooperation in agriculture health, education, safe drinking water, and vocational training and in this respect, this forum can play a key role."

The minister said this forum represented ambitions of people of two countries to build a prosperous and sustainable partnership between our provinces and cities and also offered a viable mean for jointly promoting common values, interest, and opportunities.

In his remarks, Ambassador Masood Khalid briefed the audience about the history of Pakistan-China relations and the ongoing progress of the implementation of CPEC.

He informed 2019 was a year of China-Pakistan friendship and commended the Ministry of IPC and the Chinese People's Association for Friendship with foreign countries in translating the vision of the leadership of two countries into tangible results in a very short time.

He expressed the confidence that local government representatives from Pakistan and China would ensure that the torch of Pak-China friendship was passed on and benefit of the cooperation continued to accrue to successive generations.

Pakistan, he said, would promote the sound development of CPEC and remarked the completion of projects would provide a sound foundation for Pakistan's future economic growth by accelerating its industrialization.

"The development of export orientated industry will enhance our competiveness and improve our economic situation," he added.

Ambassador Khalid said the sister cities relationship would provide a key avenue for development at community and local levels.

She said the Chinese government has established vocational training school and hospital for the welfare of local people.

She expressed a need to further promote people to people exchanges to deepen the all-weather friendship and strategic partnership between the two friendly countries.

In his themed speech, Vice Mayor of Xi'an City, Gao Gao briefed about the development strategy of Chinese provinces and cities.

He observed that Xi'an could contribute to the development of Pakistan in the field of agriculture, tourism, transport, airline and so on.

The vice mayor also briefed about the development of Xi'an and his future plan to further bring prosperity to the city. He informed that at present around 1,677 Pakistani students were studying in educational institutions in Xi'an and hoped that this number would increase in coming years.

Speaking on the occasion, Deputy Commissioner of Kashgar Administrative Office, Cao Zhi shared the poverty alleviation strategy in Xinjiang and particularly in Kashgar.

He said that Kashgar was connected with Pakistan through Karakoram highway and expressed the confidence the Khunjrab pass which currently remained open for traveling for six months, would be made available for the whole year.

He informed that all the people in Kashgar who were facing unemployment and menace of poverty would completely be lifted out of poverty by the year 2020.

He also threw light on the comprehensive plan and assistance from the center and difference provinces for the poverty alleviation.

The deputy commissioner said import of seafood and fruits from Pakistan would be enhanced and promised to provide all possible facilities to Pakistani exporters.

During the subforums, the Pakistani and Chinese speakers took part in the discussion including promoting of development of medium and small-sized enterprises, advancing city management and development and strengthening exchanges and cooperation on vocational training.