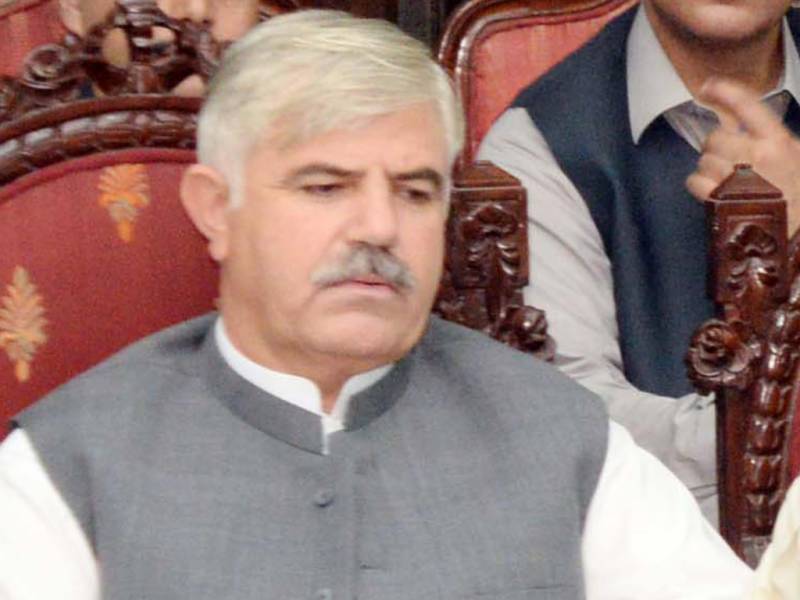 PESHAWAR: Khyber Pakhtunkhwa Chief Minster Mahmood Khan urged the opposition to point out the government’s shortcomings and sought their support in resolution of the National Finance Commission (NFC) issues with the Centre.

The NFC award was a big issue for the province which needed collective support of the entire House, he said while winding up debate on transfers and postings of bureaucracy in the KP Assembly.

The chief minister said the Federal Government wanted to bring reforms in the bureaucracy.

He said the Jamaat Islami member Inayatullah Khan in his capacity as local bodies minister in the previous PTI government, had appointed 23 chairmen of Zakat bodies in districts whereas he was supposed to appoint only three ones.

Exerting pressure on the previous government as a coalition partner, the JI minister had inducted 20 district Zakat committee chairmen against the rules, he added.

He said the government wanted to accommodate the opposition and was looking forward for their positive proposals. The PTI had got the mandate to rule the province second time due to its slogans of transparency and merit, and that was why it would do injustice to anyone, he added.

The chief minister said he wanted to resolve the problems highlighted by the opposition members and for that purpose, he would attend the assembly session on weekly basis.

Earlier, Minister for Finance Taimoor Salim Jhagra said the policy of ‘right man for the right job’ had been adopted by the government to ensure efficiency and productivity.

He said a mechanism should be devised to ensure accountability of those in the administrative machinery, who failed to perform.

He urged the opposition to support the government in its reform agenda.

The minister said Rs 20 billion of the hydel profit had been received from the Federal Government while Rs 27.6 billion under the head of annual developmental fund for the merged districts would be transferred to the province in the current financial year.

At the outset of proceedings, Leader of opposition Akram Khan Durrani said their criticism was aimed at highlighting the government’s shortcomings.

He suggested that senior officers of the provincial administrative machinery should be given postings according to their experience and capabilities.

Khusdil Khan Advocate of ANP said appointments of officers on merit would increase performance of the public departments. Rules and regulations did not allow appointments and transfers on the basis of political affiliations, he added.

Parliamentary leader of PML-N Sardar Muhammad Yousaf said officers should be appointed on need basis and juniors should not be given preference over the seniors and experienced.