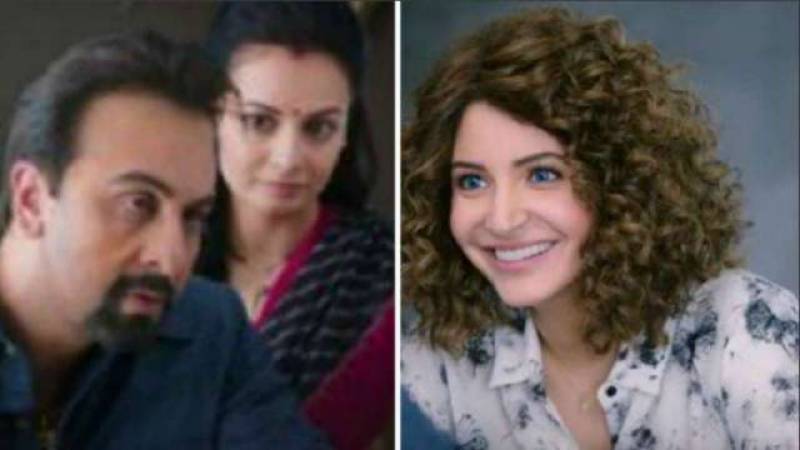 MUMBAI - According to News 18 report, a complaint has been filed against Ranbir Kapoor and Anushka Sharma for allegedly making derogatory remarks against sex workers in the film Sanju. Just days ahead of the film's release, a dialogue from 'Sanju' where Ranbir Kapoor <link> in the role of Dutt is seen discussing his sex life with Anushka Sharma's character in the film is heard saying, '308 without counting the prostitutes'.

This hasn't gone down well with the sex workers who have approached National Commision for Women and raised their objection against mentioning them in a disrespectful manner.

Meanwhile, Sanju <link> is going to be the widest release for filmmaker Rajkumar Hirani and Ranbir Kapoor as they have marked 4000 plus screen counts across India. Written and directed by Rajkumar Hirani, the film will also stars Paresh Rawal, Manisha Koirala, Vicky Kaushal, Sonam Kapoor and Dia Mirza amongst others.

Produced by Vinod Chopra Films and Rajkumar Hirani Films in association with Fox Star Studios. 'Sanju' is all set to be released on 29th June 2018